Yo-yo Dieting Does Not Hamper Efforts for Weight Loss 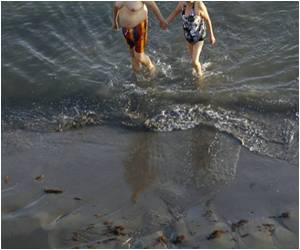 A history of yo-yo dieting - the repetitive loss and regain of body weight, also called weight cycling - does not negatively affect metabolism or the ability to lose weight long term, according to researchers at Fred Hutchinson Cancer Research Center.

Until now, the degree to which weight cycling may impact metabolism or thwart a person's ability to lose weight in the long run has been unclear.

Diet pills are flooding the market by millions. The positive side of diet pills to most people is that they achieve their objective of losing weight. Medical reviews are against the use of diet pills.
Advertisement

"A history of unsuccessful weight loss should not dissuade an individual from future attempts to shed pounds or diminish the role of a healthy diet and regular physical activity in successful weight management," said the study's senior author Anne McTiernan, M.D., Ph.D., a member of the Hutchinson Center's Public Health Sciences Division.


The study was based on data from 439 overweight-to-obese, sedentary Seattle-area women, ages 50 to 75, who were randomly assigned to one of four groups: reduced-calorie diet only, exercise only (mainly brisk walking), reduced-calorie diet plus exercise and a control group that received no intervention.

The History of dieting probably dates back to the year 1807. It was believed that King William suddenly felt the urge to lose weight after he found it difficult to ride his horse due to weight gain.
Advertisement
At the end of the yearlong study, participants on the diet-only and diet-plus-exercise arms lost an average of 10 percent of their starting weight, which was the goal of the intervention.

Although severe weight cyclers were, on average, nearly 20 pounds heavier than non-cyclers at the start of the study, at the end of the study the researchers found no significant differences between those who yo-yo dieted and those who didn't with regard to the ability to successfully participate in diet and/or exercise programs.

The cyclers also did not differ from the non-cyclers with regard to the impact of diet or diet-plus-exercise on weight loss, percentage of body fat and lean muscle mass gained or lost. Other physiological factors such as blood pressure, insulin sensitivity, and blood concentrations of hormones such as leptin (which helps make one feel full) and adiponectin (which helps regulate glucose levels) also did not differ significantly among those whose weight fluctuated and those whose did not.

These finding may represent a first in the scientific community.

"To our knowledge, no previous studies have examined the effect of prior weight cycling on the body composition, metabolic and hormonal changes induced by a comprehensive lifestyle intervention in free-living women," the researchers wrote.

The study was published online in the journal Metabolism.

Find a Hospital A-Z Drug Brands in India The Essence of Yoga Drug Side Effects Calculator Sanatogen How to Reduce School Bag Weight - Simple Tips Color Blindness Calculator Pregnancy Confirmation Calculator Drug Interaction Checker Sinopril (2mg) (Lacidipine)
This site uses cookies to deliver our services. By using our site, you acknowledge that you have read and understand our Cookie Policy, Privacy Policy, and our Terms of Use