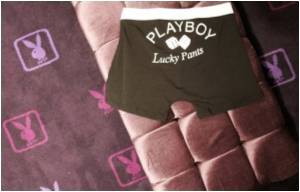 A team of scientists from Singapore have developed a device that shrunk an image of a Playboy centrefold to the width of human hair.

The photograph is a crop of the portrait of Lena Soderberg, a Swedish model, which had originally appeared in a 1972 issue of Playboy.


The researchers have said that the device could produce colour images of up to 100,000 dots per inch - 10 times as much as a high-end home printer.

"Our colour-mapping strategy produces images with both sharp colour changes and fine tonal variations, is amenable to large-volume colour printing... and could be useful in making micro-images for security," the BBC quoted the team as saying in their research paper.

According to Chad Mirkin, a nonotechnology professor from Chicago's Northwestern University who was not involved in the study, says that the result is "approaching the limit of what is possible to print in colour."

If the pixels were brought any more closer, light reflecting off them would diffract, causing the two objects to blur together.

To obtain the image, the researchers used tiny silver and gold particles, which when arranged in a certain way, produced colour.

"This is a clever way of creating desired colours," Mirkin said.

"Instead of taking normal dyes and using conventional printing, they're making colours out of one material by adjusting nanostructure in a lithographic [a technique to create patterns] experiment.

"They're getting these high-resolution images in a context of colour, and getting the colour in a way different from dyes that make up clothing or pigments in paint," he added.

However, he stressed that it was not an advance in high-resolution printing, as there were other techniques that were substantially superior.

The findings has been published in the journal Nature Nanotechnology.

Playboy model Brigitta Bulgari is currently holed up in jail for allegedly allowing teens to grope her during a show.
Advertisement
<< Yo-yo Dieting Does Not Hamper Efforts for Weight Loss
Treating UTI Without Traditional Antibiotics >>