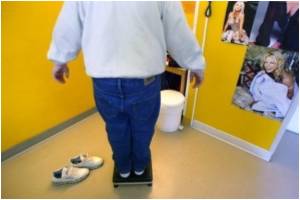 A new study has found that low ghrelin levels which helps to combat obesity may in fact increase the stress.

Ghrelin is a hormone released by the lining of the stomach that promotes feeding behavior. Decreasing ghrelin levels could potentially help combat obesity, a vaccine that lowers ghrelin levels in order to reduce appetite is being studied as a treatment for obesity.

However, many people eat as a way to relieve stress. If low ghrelin levels increase stress, its effectiveness as a treatment for obesity may be reduced.


In a new study, researchers led by Dr. Zane Andrews of Monash University in Australia showed that mice with no ghrelin are more anxious after stress, but that administration of endogenous ghrelin prevents the over-anxious response.

Valuable tips to keep yourself cool in adverse situations
Advertisement
Previous studies have indicated that ghrelin can be either anxiety-causing or anxiety-relieving. This new set of studies now reveals that this dual role in anxiety behavior is context-dependent.

Under non-stressed conditions, normal mice show mild anxiety relative to mice without ghrelin. Under acute stress, normal mice mount an appropriate ghrelin response to stress and are less anxious than no-ghrelin mice. In other words, stress-induced ghrelin release targets the body's stress system to stimulate a hormonal response that will combat the stress.

Ghrelin promotes the drive for food intake and maintains blood glucose during negative energy balance as well as subserving the rewarding nature of food.

"We postulate that, under conditions of acute stress, ghrelin limits excessive anxious behavior by promoting the feeling of reward to ensure appropriate food-seeking behavior and maintain energy homeostasis.

Consistent with this idea, studies from Jeff Zigman and colleagues showed that elevated ghrelin during calorie restriction produced anxiolytic responses in a test of anxious behavior," said Andrews.

"We hypothesize that ghrelin suppresses anxiety under acutely stressful conditions to encourage food seeking and maintain appropriate energy homeostasis. Indeed, the importance of ghrelin in controlling stress-induced anxiety might manifest only during conditions of elevated plasma ghrelin, such as negative energy balance and calorie restriction," he continued.

"This phenomenon represents an important evolutionary adaptation that maintains food-seeking behavior in the face of acutely stressful environments."

The study has been published in the current issue of Biological Psychiatry.

Slide show which explains obesity causes and tips on how to lose weight. Exercising before breakfast is most effective for weight loss.
Advertisement
<< Minor Stroke Can Cause Serious Disability
Akilesh Yadav Launches Free Ambulance Service in UP >>