Prostate Cancer Screening may Do More Harm Than Good for Elderly

US experts no longer recommend routine prostate cancer screenings for men 75 and older, saying the risks outweigh the benefits for that age group, a report published Tuesday in the Annals of Internal Medicine said.

In a revision of its 2002 recommendations, the US Preventive Services Task Force also said more data was needed to assess the balance of benefit and harm in administering the routine cancer detection tests in men younger than 75.

Prostate-specific antigen (PSA) screening is a blood test that enables detection of prostate cancer before symptoms develop, at an early stage when it remains potentially curable.


Widespread use of the test has led to high rate of detection. In 2007, more than 218,000 Americans were diagnosed with prostate cancer, government statistics show.

"While the PSA tests are effective for detecting disease, the task force found that there is insufficient evidence that they improve long-term health outcomes," the American College of Physicians, which publishes the journal, said in a statement.

Because prostate cancer usually progresses very slowly, it does not affect the health or life expectancy in 29 to 44 percent of men diagnosed with the disease, the task force report said.

"We carefully reviewed the available evidence to measure the benefits and harms of screening for prostate cancer and could not find adequate proof that early detection leads to fewer men dying of the disease," said task force chairman Ned Calonge.

"At this point, we recommend that men concerned about prostate cancer talk with their health care providers to make a decision based on their individual risk factors and personal preference."

Prostate cancer is the second most common form of cancer among men in the United States, after skin cancer, and the second leading cause of mortality from cancer in the country, affecting one in six American men, the report said.

The task force's recommendations are accessible on the website of the magazine, at www.annals.org.

Prostatitis Symptom Score Calculator
Prostatitis is a painful inflammation of the prostate gland. Use this anonymous test to find out if you have symptoms of prostatitis and calculate the severity of the symptoms.
READ MORE 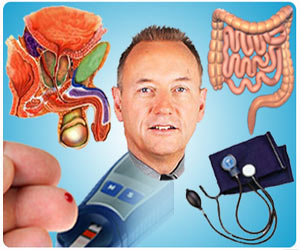