Pakistan to be Last Place Where Polio Will Exist: WHO 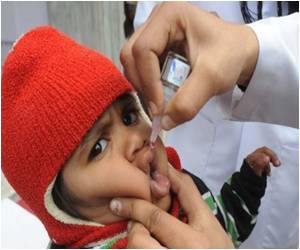 Pakistan would be the last place where polio will exist, concludes a brief of a WHO meeting.

The brief was released post a meeting of the Strategic Advisory Group of Experts (SAGE) that was held in the first week of this month in the World Health Organisation's headquarters at Geneva.

The meeting concluded that Pakistan, which currently stands at the top in the last three polio endemic countries in the world for housing big wild poliovirus (WPV) reservoirs, will be the last place on earth in which polio exists, Dawn News reports.


An official quoted the report as saying the current situation in Pakistan is a powder keg that could ignite widespread polio transmission.

The report added that if the current trend continues, Pakistan will be the last place on earth in which polio exists.

The SAGE meeting was held in wake of the resurgence of polio cases in the polio-endemic countries, including Pakistan, Nigeria and Afghanistan, the report adds.

Polio Vaccines to be Used in Taliban Areas

With a view to protect themselves against Taliban attacks, the Pakistani officials would being administering polio vaccines to children at security checkpoints in the country's lawless tribal belt.
Advertisement
<< Man Loses Half of His Body Weight to Find Himself Resemblin...
Soap Made Out of Breast Milk That can Prevent Nappy Rash >>

A massive polio vaccination campaign has been launched in Iraq, Syria and Egypt on Sunday by authorities, after health officials found a suspected case of the virus in a young boy near Baghdad.

India and Other Asian Nations Certified as Polio Free by WHO

Pakistan to be Last Place Where Polio Will Exist: WHO Personalised Printable Document (PDF)