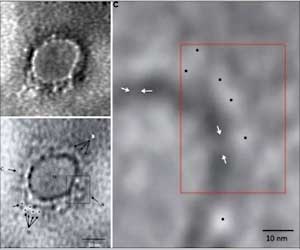 In Odisha, two cases of Adverse Events Following Immunization (AEFI) have been reported. The state Health Department said that two healthcare workers were hospitalized after administration of Covid-19 vaccine. However, both are now stable.

A 27-year-old staff nurse in Bargarh district had taken the vaccine on January 16, and she developed fever on the same day.

In a plant of global vaccine giant, the Serum Institute of India (SII) at least five persons suffocated to death as a major fire broke out, said sources.
Advertisement
‘Two healthcare workers were hospitalised after the administration of Covid-19 vaccine in Odisha.’

Since the fever continued, she is admitted to the Vikash Hospital, Bargarh for observation. Now she is well, the Health Department said.


A 45-year-old female ASHA worker of Jagatsingpur district, who had taken the vaccine on January 19, developed headaches and a fainting attack on January 20 and was admitted to DHH Jagatsingpur. She is well now, it said.

COVID-19 Vaccination: All You Need To Know About the Consent Form

Moderna, a US-based drugmaker received a report from California's health department that several individuals at one vaccination center in San Diego developed allergic reactions after first shot of covid-19 vaccine.