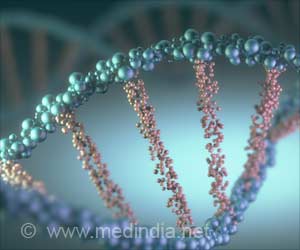 New method termed as transcriptomic profile (the number of copies of each gene in a cell) of the tumor helps recognize some of the most serious forms of the tumors - Gliomas as per the scientists at Medical College of Georgia reported in the journal Scientific Reports.

Gliomas are the common type of brain tumor in adults that affects the support cells of neurons - glial cells. Three subtypes of gliomas range from the generally more treatable astrocytomas and oligodendrogliomas to the typically more lethal glioblastomas.

Brain tumor classification
Advertisement
‘New method termed as transcriptomic profile (the number of copies of each gene in a cell) of the tumor helps recognize some of the most serious form of the tumors  Gliomas. This may help derive the various mutations associated with the gliomas that predict the prognosis and help design better targets for treatments.’

These tumors are classified based on histological techniques, primarily the shape, or morphology of the cancerous cells under a microscope and via the presence of cancer-causing gene mutations. While these two methods of classification are the most common at present, inconsistencies are found between both groups.

The present study utilizes a third unexplored approach where looking directly at the RNA (gene expression) of the brain tumor cells may provide sufficient evidence to better classify a tumor and design their effective treatment targets.

Brain tumor is a group of cells with abnormal growth in the brain. A primary brain tumor indicates the tumor that starts in the brain. A secondary tumor originates elsewhere in the body and then spreads to the brain.
Advertisement
This new approach of transcriptomic profiling had 90% agreement with the microscopic histology techniques and about 93% agreement with the genetic mutations method. However 16% discrepancy occurred between the two standard measures.

DNA makes RNA, which in turn makes proteins that determine cell function. Thus DNA expression equals RNA. Cancer cell thrives by altering these gene expressions in one way, either up or way down or off, thereby changing important cell functions.

In the present method of transcriptomic profiling, the tumor sample is received from the surgeon just like the other methods. Then the sample is run through an automated process to extract RNA. This RNA is then put into an instrument that can read gene expression levels for the different genes. Using a machine learning algorithm, the glioma subtype and its prognosis is then generated.

Different patterns of gene expressions were derived from two datasets - The Cancer Genome Atlas (TCGA) program and the Repository of Molecular Brain Neoplasia Data (REMBRANDT), that included the outcomes on more than 1,400 patients with gliomas.

"We found our method may have some advantages because we found some patients actually had a worse prognosis that could be identified by our method, but not by the other approaches," says Paul M.H. Tran, an MD/Ph.D. student.

Cancer Progression and its Mutations

The transcriptomic profile helps track the mutations that also occur during the progression of the tumors. It was also found that about 20% of the worse-prognosis patients had mutations in the promoter region of the TERT gene - involved in making telomerase.

Telomerase is an enzyme that is responsible for our chromosomes to maintain a healthy length and is usually the hijacked mechanism by the cancer cells. The chromosome length is usually known to decrease with age. Thus inhibiting these TERT genes may help prevent some of the cases from having a worse prognosis.

"It is known that a certain proportion of your lower-grade gliomas can progress to become a glioblastoma and those are some of the ones that can sometimes be misidentified by the original techniques. Using our gene expression method, we found them even though some of them have the IDH mutation", says, Tran.

The mutation in a gene called IDH, or isocitrate dehydrogenase, most typically occurs in astrocytoma or oligodendroglioma, which are generally more responsive to treatment and have better survival rates than glioblastomas.

Thus the present technique of transcriptomic profiling gives the RNA expression data from patients anywhere in the world, making it widely available. This can quickly help distinguish the glioma subtype and plan the treatment choice.