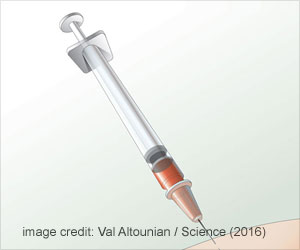 In a plant of global vaccine giant, the Serum Institute of India (SII) at least five persons suffocated to death as a major fire broke out, said sources.

Health Minister Rajesh Tope and Pune Mayor Murlidhar Mohol announced that five persons, including one woman, had perished in the blaze and their bodies were found during the cooling operations.

Healthy eating habits and adherence to physical activity are required during COVID-19 lockdown. WHO has prepared a set of general tips that you could follow during the lockdown to stay fit and healthy.
Advertisement
‘In a plant of global vaccine giant, the Serum Institute of India (SII) at least five persons suffocated to death as a major fire broke out.’

Another four persons were rescued from the blaze which erupted on two upper floors of the SII building which was being readied for a BCG vaccine plant.


Allaying nationwide concerns over the fate of the Covid-19 vaccines being manufactured by the company, Chief Minister Uddhav Thackeray held a press conference while SII CEO Adar Poonawalla issued a personal statement of reassurance.

Coronaviruses infect animals, humans, and birds. Human coronaviruses, such as SARS, MERS, and 2019-nCoV cause respiratory distress and even death. The S protein is the infectious agent of the virus.
Advertisement
"I would like to reassure all governments and the public that there would no loss of Covishield production due to multiple production buildings that I had kept in reserve to deal with such contingencies at SII," Poonawalla said, seeking to quell anxieties among the company's global clientele.

After speaking with top officials, Thackeray said that he had reviewed the situation and was informed that the Covid-19 vaccine production was not affected in any manner, and the priority was to bring the blaze under control and save people.

Though sabotage has been ruled out, in view of the national and global concerns, Pawar announced a thorough probe into the incident, while reiterating that the Covidshield line was unaffected.

The fire, which broke out around 2.15 pm, was brought under control within three hours by a team of firemen and around a dozen fire tenders, while Mayor Mohol, PMC Commissioner Vikram Kumar, Collector Rajesh Deshmukh and other official minutely monitored the situation.

Police Commissioner Amitabh Gupta, who rushed to the site said that the affected building was an upcoming SII facility for its BCG vaccines, scheduled to be operational in a month or so.

"The company has informed us that Covid-19 vaccine facility is at least one km away, and there is no cause for worry," Gupta told media persons, as the nation heaved a collective sigh of relief.

As thick clouds of dark-grey smoke billowed out of the nearly-ready Manjari complex, social media went wild with speculation whether even the crucial Covid-19 vaccines had also been snuffed out in the flames, but the clarifications by the SII and authorities scotched all conjectures.

Police and fire brigade officers said that there was some welding work going on in the affected floors 4-5 of the building and a short-circuit is believed to be the tentative cause of the conflagration that sent nationwide panic-waves.

The SII is currently under a global limelight after it ranked among a handful of pharmaceutical companies worldwide to notch success in developing and manufacturing the Covid-19 vaccine, (branded Covishield), currently being administered to millions in India.

SII officials said that Covishield vaccine is produced and stocked at its Hinjewadi manufacturing facility, which is located around 30 km away from Manjari.

Two British hospitals are one of the first to use blockchain technology to monitor the supply and storage of COVID-19 vaccines.
Advertisement
<< Boosting a Specific Nutrient may Help Treat Scleroderma
Do You Know What's the Popular Holiday Spot for Indians? >>

Intranasal vaccines for coronavirus administered through the nose rather than muscles can be a potential game-changer in India's fight against the coronavirus pandemic.