New pathway to regulate special type of kidney cells or podocytes which play a major role in maintaining normal kidney function have been discovered by a team of researchers from Boston University together with Centers for Therapeutic Innovation (CTI) at Pfizer.

The findings, which appear in JCI Insight, may help identify a new drug target for chronic kidney diseases associated with podocyte loss.


Chronic kidney disease is one of the most common, non-communicable diseases responsible for substantial morbidity and mortality worldwide. It is estimated that approximately 27 million people in the U.S. (13 percent of the population) and more than 500 million people worldwide suffer from this condition. A significant proportion of patients with chronic kidney disease will eventually develop kidney failure and will need dialysis or kidney transplantation for survival.

This is the first joint publication between BUSM/Boston Medical Center (BMC) and CTI, a unique model for academic-industry collaboration that is designed to bridge the gap between early scientific discoveries and its translation into new medicines.

"This joint publication demonstrates that an academic-industry collaborative model has the potential to translate breakthrough science into novel medicines and generate new scientific knowledge that will benefit society," explained Lu. 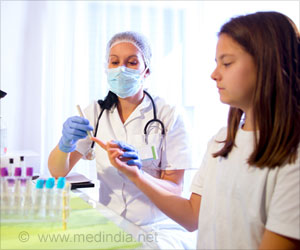