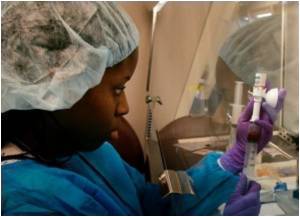 Scientists at the University of Michigan Comprehensive Cancer Center showed in animal studies that new cancer drug compounds they developed shrank tumors, with few side effects.

The study, done in two mouse models of human cancer, looked at two compounds designed to activate a protein that kills cancer cells.

The protein, p53, is inactivated in a significant number of human cancers. In some cases, it is because another protein, MDM2, binds to p53 and blocks its tumor suppressor function.


This allows the tumor to grow unchecked. The new compounds block MDM2 from binding to p53, consequently activating p53.

"For the first time, we showed that activation of p53 by our highly potent and optimized MDM2 inhibitors can achieve complete tumor regression in a mouse model of human cancer," said lead study author Shaomeng Wang.

A list of Must Know Top 12 Cancer Facts of the World.
Advertisement
Many traditional cancer drugs also activate p53 but they do so by causing DNA damage in both tumor cells and normal cells, causing side effects.

These new MDM2 inhibitors activate p53 while avoiding the DNA damage common with other drugs. In this study researchers showed that these new drugs shrank tumors without significant side effects.

Because p53 is involved in all types of human cancer, the new drug has potential to be used in multiple types of cancer.

Further, the researchers also identified certain markers in tumors that predict which ones will be particularly sensitive to the MDM2 inhibitor, which would allow physicians to target the drug only to patients most likely to benefit.

The study was presented at the American Association for Cancer Research 102nd annual meeting.

Did u know that simple changes in lifestyle could lower your cancer risks? Find out how!
Advertisement
<< Gadget 'withdrawal' Symptoms Akin to Addiction
'Chinglish' Better Than 'Hinglish': New Study >>