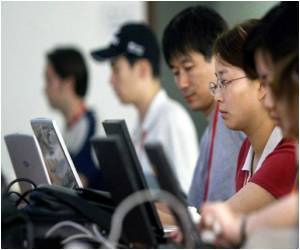 China has pipped neighbouring rival India in English language proficiency skills, according to a new study.

Both countries were given a "low-proficiency" score, with China standing 29th, one place ahead of India in a list of 44 countries rated according to an English proficiency index.

Words And Their Worthiness

When Michael Jackson blew a kiss into the crowd and shouted 'Love You', the crowd went into raptures. Read on to find out the positive vibration of words.....
Advertisement

The study was carried out by EF Education (EF), the world's largest privately held education company that specialises in language training and other education areas.


"Despite its British colonial legacy, extensive use of English for administrative purposes and vibrant English media, India is now no more proficient in English than rapidly improving China," the study said.

Aphasia is a condition where the patient has a language disorder. The patient has problems with comprehension, expression, repetition, reading and writing.
Advertisement
A large English-speaking population has been one of the key factors behind the boom in outsourcing to India which has seen Western companies set up IT back-up or call centres in cities such as Bangalore and Hyderabad.

But numerous experts have warned that India is losing this linguistic edge to its giant neighbour which is pouring far more resources into English-language teaching.

The study used data from 2.4 million adults globally who took free online English tests between 2007 and 2008, and EF acknowledged that the results could not be "guaranteed" to be representative of any country as a whole.

Only people wanting to learn English or curious about their English skills would have participated and the fact that the tests were online excluded those without Internet access.

Nevertheless the findings published earlier this month were similar to a 2009 British Council report that highlighted a "huge shortage" of English teachers and quality institutions in India.

The report concluded that China "may already have more people who speak English than India."

And India's own National Knowledge Commission has admitted that no more than one percent of the population uses English as a second language.

The EF study said there were currently more than 100,000 native English speaking teachers working in China where the private English training market is estimated to be worth three billion dollars.

"The ability to communicate in English (in China) has become synonymous with better professional opportunities and higher income levels. English is regarded as a key criterion in white collar job hunting," it said.

Out of 44 countries rated in the EF index, Norway boasted the highest level of English proficiency, while Kazakhstan was at the bottom of the list.

World Voice Day falls on April 16 and the theme "Love Your Voice" stresses the need for caring for voice and preventing voice problems.
Advertisement
<< New Cancer Drug Shrinks Tumors With Few Side Effects
90% Hospital Errors Go Unreported in US >>