Must Know Top 12 Cancer Facts of the World

 Cancers of the Lung, Prostate and Stomach are the most commonly diagnosed cancers in men

 Cancers of the Breast, Cervix and Colon are the most commonly diagnosed cancers in women

 Relative risk of developing breast cancer is doubled if there is a history of a first degree relative having the cancer.

 Relative risk of a smoker developing lung cancer is 23 times higher than that of a non-smoker.

 Tobacco use is the major preventable cause of cancer in the world.

 In developing countries more deaths occur due to diarrheal disease than due to cancer.

 Heart disease is still the no.1 Killer in the world. 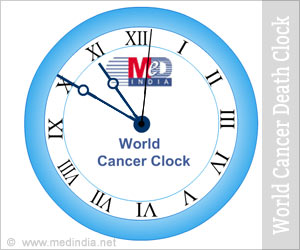 inject cancer cells' digesting chemicals to get entire cancer out from surrounding cells. like an HCL type drug? disssolve cancer cells by injection. not digging out, but like when freezing samples. dann van central valley ca.

Iam a 43 yr old woman and my sister passed on in2008 due to throat cancer eversince I have been worried everytime I get tonsils or any infection.PLEASE ADVICE.

The pap smear is one of the best test for finding cellular abnormalities and reduces the risk . But it is not the only test since there are test to identify the presence of virus even before there is any cell abnormalities.Hence pap test along with HPV test gives a 100% sensitivity. Hence please mention about the other test also.The HPV test is approved by US FDA and it helps the patient to be followed and the cervical cancer can be cured completely if identified in the earlier stages.

Very interesting facts indeed. Prostate cancer is very common in men and is second most cancer in men after lung cancer. Howeever it does not necessary lethal in most men as most of the time it is slow growing. The word cancer always incites fear. but amoong all cancer I would rather have prostate cancer than lung or stomach cancer. Some skin cancers also do not spread (eg basla cell cancer); so before getting worried one should always check the fact sheet on the cancer.