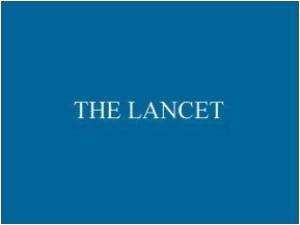 In meta-analysis information on funding sources and conflict of interests by the study authors are rarely disclosed, says report in the Journal of the American Medical Association. Meta-analysis is a combination of a group of small studies in a particular area of research and this analysis aids to form treatment guidelines. The study authors who work on a research work may have financial ties to the drug companies that undergo trials.

"Meta-analyses are cited more than any other study design and prioritized in grading evidence for practice guidelines," but conflicts on interest (COIs) are often left out, said the study.

Highlights from the Journals of the American Society for Microbiology

Italian researchers have said that antimicrobial peptides from the skin of frogs may protect against life-threatening, multidrug-resistant infections such as Pseudomonas aeruginosa .
Advertisement

"Without documentation in meta-analyses of COIs from included RCTs (randomized controlled trials), users of meta-analyses may not have access to important information that could influence their evaluation of the risk of bias in the evidence reported."


Researchers reviewed 29 meta-analyses, which spanned 509 trials and appeared in major medical publications such as the Lancet, the British Medical Journal and the Journal of the American Medical Association.

A report in the November 25 issue of JAMA says that nearly 90 percent of medical journals with relatively high impact factors have policies addressing author conflict of interest
Advertisement
Of those 29 meta-analyses, only two reported the funding sources for the initial randomized trials, and none reported any author-industry ties.

However the smaller randomized trials had reported such ties: 62.5 percent reported their funding and of those, 68.9 percent were "funded in part or whole by the pharmaceutical industry," the study said.

Researchers found seven meta-analyses "where every single drug trial included was paid for, at least in part, by the maker of the drug or had investigators linked financially to drug makers," but just one disclosed those links.

"Consumers can be more confident that drugs actually work if there is at least one independent evaluation that confirms this," said lead author Brett Thombs at McGill University.

"When all existing studies are financially linked to drug makers, there is a risk that patients and their physicians may be misled."

Thombs and his co-authors are urging policy changes to require meta-analyses to report potential conflicts.

"Unless we require authors of meta-analyses to provide this information for consumers, it will be lost."

This medication is a bronchodilator, prescribed for symptoms of asthma, bronchitis and emphysema. It works in the airways by relaxing muscles and opening air passages for improved breathing.
Advertisement
Advertisement
This site uses cookies to deliver our services.By using our site, you acknowledge that you have read and understand our Cookie Policy, Privacy Policy, and our Terms of Use  Ok, Got it. Close
×