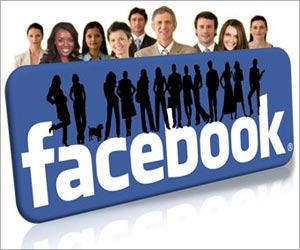 Zuckerberg voiced pride in his wife, Priscilla, for the plan to create "The Primary School" in the working-class city of East Palo Alto.

Mark Zuckerberg, the CEO of Facebook has reportedly topped the giving list for US philanthropists after donating a Silicon Valley foundation with nearly one billion dollars.
Advertisement

Chan works as a pediatrician and has also been a teacher, seeing first-hand how poor health hinders learning in classrooms, her husband said.


"Health and education are closely connected. When children aren't healthy, they can't learn as easily," Zuckerberg said in a post on his Facebook page.

New Facebook tool allows users to share their organ donor status with their friends.
Advertisement
Despite being located between high-income Palo Alto and thriving Menlo Park where Facebook has its headquarters, East Palo Alto has long had a reputation for crime, gangs and poverty.

Chan has been working over the past year with the community to combine early-childhood through 12th grade education with pre-natal support and on-site healthcare for children, according to the blog post.

"By bringing healthcare and education together in one place, the goal is to support families and help children from underserved communities reach their full potential," said Facebook co-founder and chief executive Zuckerberg.

"It's inspiring to see Priscilla grow as an entrepreneur and leader. Improving public education in our country and our community is something Priscilla and I really care about," said Zuckerberg.

In June of last year, Zuckerberg and Chan began pumping $120 million into San Francisco Bay Area schools. Distribution of the money is being spread over five years, with initial grants going toward initiatives for providing computers and Internet access in public schools as well as training teachers and enlisting parents in efforts to keep students on track.

More than five years ago Zuckerberg channeled $100 million to improve schools in the New Jersey city of Newark in an early foray into improving public education that got failing grades.

Facebook founder Mark Zuckerberg wants Bill Gates to take the challenge of being doused by a bucket of ice-cold water.
Advertisement
<< Importance of Early Diagnosis Highlighted At the Breast Canc...
Is DSM Checklist the Only Guide for Diagnosing Depression? I... >>