Is DSM Checklist the Only Guide for Diagnosing Depression? It May Not Be True! 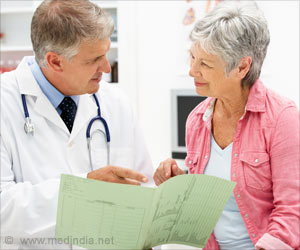 How can you tell if someone is depressed? Depression is too often reduced to a checklist of symptoms, revealed a new study.

The Diagnostic and Statistical Manual of Mental Disorders (DSM) - the 'bible' of psychiatry - diagnoses depression when patients tick off a certain number of symptoms on the DSM checklist.

23% of current players and 28% of former players reported sleep disturbances. Alcohol abuse spiked from 9% among current players to 25% among retired players.
Advertisement

A large-scale quantitative study coordinated at KU Leuven, Belgium, now shows that some symptoms play a much bigger role than others in driving depression, and that the symptoms listed in DSM may not be the most useful ones.


To diagnose depression, psychiatrists typically tally up the number of depression symptoms that patients report in questionnaires. It does not matter which of the symptoms these patients have, as long as they have a certain number of them.

Screening depression in adolescents would now get easier-thanks to a new test that has been approved by researchers.
Advertisement
People need to stop thinking of depression as a disease that causes a number of interchangeable symptoms, says lead author Eiko Fried, adding depression is a complex, extremely heterogeneous system of interacting symptoms and some of these symptoms may be far more important than others.

"Ideally, the list of depression symptoms should become more comprehensive to do justice to the heterogeneity of depression. I also think both clinicians and researchers can learn a lot from paying more attention to individual symptoms and their interactions. But of course, we need much more research before we can actually replace the DSM diagnosis of depression with something else" noted Fried. The study is published in Journal of Affective Disorders.

It has been found that about 40% suicides among males and 56% of suicides in females are in the age group of 15-24 years and the leading cause is depression.
Advertisement
<< Mark Zuckerberg and His Wife Plans to Create "The Primary Sc...
How Do We Age? Genes That Change in Their Patterns of Expres... >>

Nearly 85% of Anti-Depression Apps Do Not Provide Accurate Data: NHS

Is DSM Checklist the Only Guide for Diagnosing Depression? It May Not Be True! Personalised Printable Document (PDF)