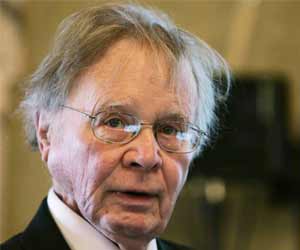 All of us are familiar with the popular terminology "global warming" which could be found everywhere from school textbooks to huge international summits and conferences. The man behind the popularization of the word "global warming" Wallace Smith Broecker, a climate scientist passed away on Monday at the age of 87. He was a longtime professor and a researcher at Columbia University, who had been ailing for months and died at a New York City hospital.

His 1975 article which correctly predicted that rising carbon dioxide levels in the atmosphere would lead to pronounced warning, brought 'global warming' into common use. He also proposed the term called 'ocean belt conveyor,' a global network of currents that affect everything from earth's air temperature to rain patterns.

Greenhouse effect causes excessive heat to build up in the earth's atmosphere causing global warming and affects the environment and health.
Advertisement
‘Broeckers findings were fundamental in interpreting the earths climatic history.’

According to Broecker, an ocean is not a still body of water but continuously moving in the form of an 'ocean belt conveyor.' Like how a mechanical conveyor moves, similarly in the ocean belt, the cold, salty water is dense and sinks to the bottom while the warm water is less dense and stays on the surface. Warm surface waters borne by the ocean currents that extends from North America to Europe help keep the climate mild in Europe. Otherwise, Europe will be freezing cold with average winter temperatures dropping 20 degrees Fahrenheit or more.


Penn State professor Michael Mann said, "Broecker single-handedly popularized the notion that this could lead to a dramatic climate change 'tipping point' and, more generally, Broecker helped communicate to the public and policymakers the potential for abrupt climate changes and unwelcome 'surprises' as a result of climate change."

This section gives a brief introduction about what air conditioner health hazard means and what kind of people get affected by it, and what causes them.
Advertisement
In 1997, Broecker told the Associated Press "We live in a climate system that can jump abruptly from one state to another." By burning fossil fuels, we are dumping huge amounts of greenhouse gases such as carbon dioxide into the atmosphere. "We are conducting an experiment that could have devastating effects," he said.

Broecker further cautioned by saying, "We're playing with an angry beast  a climate system that has been shown to be very sensitive."

Broecker was born in Chicago in 1931 and grew up in suburban Oak Park. He joined the Columbia University as a faculty in 1959, where he spent most of his time at the university's laboratory. He was known as the "Grandfather of Climate Science" and the "Dean of Climate Scientists" in his science circles.

Do you know how a piece of charcoal can save you from snakebites and poisoning? Read more to know the treatments doctors provide with activated carbon to save lives.