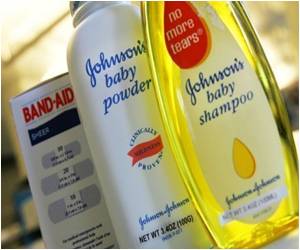 Johnson & Johnson announced a 21.3 billion pounds takeover of Synthes, a US-Swiss medical technology, one of the biggest merger deals so far this year.

The two companies "announced that they have entered into a definitive agreement whereby Johnson & Johnson will acquire Synthes for 159 Swiss francs per share, or $21.3 billion," (15.7 billion euros) they said in a joint statement released on Synthes's website.

US FDA has asked Johnson & Johnson's DePuy Orthopaedics Inc to stop selling its Coral Hip System for unapproved uses and to provide information needed to approve the TruMatch software.
Advertisement

The cash and share transaction is expected to close during the first half of 2012, the companies added.


Although the deal has been approved by the boards of Synthes and Johnson & Johnson, it is still subject to approval by shareholders as well as regulatory authorities in the United States and European Union.

US authorities are considering criminal penalties against a unit of Johnson & Johnson following its recall of millions of bottles of liquid children's Tylenol and other pediatric
Advertisement
The transaction would boost the US giant's medical equipment business, which made up 40 percent of its 2010 revenues.

Synthes, the product of the merger in 1999 of US and Swiss firms, specialises in instruments, implants and biomaterials for use in orthopaedic surgery. It would be grafted on to Johnson's own orthopaedic specialist, DePuy.

"DePuy and Synthes together will create the most innovative and comprehensive orthopaedics business in the world," said Bill Weldon, chairman and chief executive of Johnson.

"Orthopaedics is a large and growing $37 billion global market and represents an important growth driver for Johnson & Johnson," he added.

The deal ranks alongside US group Duke Energy's $25 billion proposed takeover of rival Progress Energy announced this year and behind telecommunications giant AT&T's proposed $39 billion acquisition of US operations of Germany's T-Mobile.

The deal would also bring a huge windfall for Synthes chairman Hansjoerg Wyss, who owns about 40 percent of the company.

Forbes magazine rated the 76-year-old's fortune at $6.4 billion in March, ranking him at 154th on its global rich list.

Analysts at Zuercher Kantonalbank (ZKB) expressed surprise at the deal, noting that Wyss had been reluctant to let go until now.

"The price is towards the lower end of the range," they said in a note to investors.

Synthes's share price jumped 3.6 percent when trading opened on the Swiss exchange but later eased to 146.60 Swiss francs in afternoon trading, an increase of 0.1 percent (1414 GMT).

Johnson makes products ranging from baby and skin care items to bandages, over the counter and prescription medicines, as well as medical devices.

Johnson & Johnson, the US consumer products giant, expanded Friday a Tylenol recall after US federal authorities warned the company was being too slow in dealing with a public health threat.
Advertisement
<< Rise in GlaxoSmithKline Profits
Report Says Doctors Ignored Guantanamo Torture >>

Johnson & Johnson Will Not Recall Babycare Products from China