Health experts claim that NHS should significantly increase the rates of weight loss surgery to 50,000 a year, closer to the European average, to bring major health benefits for patients and help reduce healthcare costs in the long-term.

Weight loss surgery, also known as bariatric surgery, reduces the size of the stomach with a gastric band or through removal of a portion of the stomach.


Studies have shown surgery to be clinically effective and cost effective in helping patients to reduce weight, by as much as 25-35% within the first year. In addition, surgery reduces obesity related conditions, such as type 2 diabetes.


‘Around 2.6 million people in the UK meet NICE criteria for bariatric surgery, but the number of surgeries performed by the NHS is decreasing in the UK.’


Cost of surgery can be recouped within three years by savings on prescriptions and daily blood glucose monitoring, and improved physical activity can help patients return to work, and reduce the need for disability benefits.

However, bariatric consultant surgeon Richard Welbourn and colleagues argue that as obesity levels are increasing, NHS bariatric procedures are falling.

The UK has the second highest rate of obesity in Europe, and ranks sixth internationally. However, it ranks 13th out of 17 for EU countries and sixth in the G8 countries for rates of bariatric surgery.

Rates of surgery vary within the UK. NHS operations are not performed in Northern Ireland, and only a few in Wales and Scotland.

"Given the severity of the problem, it seems urgent to consider the potential barriers to surgery," they say, and recommend a number of solutions.

They explain that GPs are unable to refer patients directly to surgical services. Instead, patients enter a four tier system for diet and weight management treatment, before they can be treated by a specialist clinical team or assessed for surgery.

This is a prolonged service, and may put patients off accessing treatment. So they suggest "combining provision of secondary care medical and surgical management so that patients have access to surgical assessment earlier."

Furthermore, "GPs and commissioners need to recognise the health benefits gained from bariatric surgery and the cost savings. This will facilitate better provision of secondary care services," and help address concerns of upfront surgery costs being another barrier.

Prejudice and stereotyping can also have an impact, they add, and those opposed to surgery argue that it diverts attention away from prevention.

"Adopting the phrase 'metabolic surgery' might enable society and patients to talk about it and begin to establish a culture change," they suggest.

Around 2.6 million people in the UK meet NICE criteria for bariatric surgery, which is based on various factors, such as body mass index, type 2 diabetes, and previous attempts to lose weight.

It's not possible to operate on every patient, therefore the NHS should target those who have the greatest potential for improved health, they explain, such as those with high BMIs, type 2 diabetes, and sleep apnea.

Vitamin D Levels Linked With the Outcomes of Weight-Loss Surgery
Patients undergoing bariatric surgery in the US during winter - the time of lowest vitamin D levels - fared worse than patients who had procedures in the summer.
READ MORE

Obesity Rates Have More Than Tripled in Most States of the U.S.
If we fail to change the course of the nation's obesity epidemic, the current generation may be the first in our history to live shorter, a new report warns Americans.
READ MORE 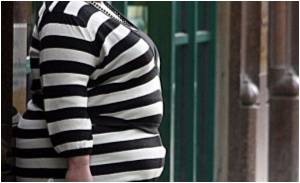