Traditionally, inflammation was thought of as a symptom of sleep apnea. However, it was found that it can precede the disorder and potentially opens the door to new ways of treating and predicting sleep apnea in individuals, reveals a new study.

Sleep apnea is a serious sleep disorder, where the upper airway becomes periodically obstructed during sleep. Sleep apnea affects between 17 to 24 percent of men, and in women, it is between 5 to 9 percent.
Sleep Apnea Linked With Higher Levels Of Inflammation


The reason as to why men are affected more than women is because men tend to have more belly fat, which acts as a major risk factor for developing sleep apnea and is linked with higher levels of inflammation.


‘Inflammation originated from abdominal fat precedes the development of sleep apnea and weight loss can help reduce the severity of sleep apnea.’


The severity of sleep apnea was found to be associated with high levels of inflammation. Inflammation is an immune response, where the white blood cells produce chemicals to fight the foreign substances.

The research team included Jordan Gaines, adjunct assistant professor of psychiatry at the Penn State College of Medicine, and other researchers. They were very keen on learning as to which comes first, whether it is the inflammation or the apnea.

Gaines said that traditionally, inflammation was considered as an effect of reductions in blood oxygen levels occurs late night when breathing pauses.

While this stands true, several other treatment studies show that reducing inflammation (by using an anti-inflammatory medication) can reduce sleep apnea severity and scientists suggest that this correlation can as well go another way around, said Gaines.

In this study, about 51 patients were chosen at the beginning of the survey, who were in the age group of 5 and 12 years.

During the two visits, one at the beginning of the study and the other visit was after eight years the participants underwent a sleep study, physical exam and the blood was drawn both the times.

Every participant in this study was tested for the severity of sleep apnea, their height and body weight were measured, and blood levels were checked for C-reactive protein (CRP) that are used as markers of inflammation.

The findings of this study suggest that inflammation originated from abdominal fat precedes the development of sleep apnea, and does not just occur as a result of the disorder.

Various other research studies showed that weight loss could help reduce the severity of sleep apnea. However, this study confirms the findings by demonstrating that metabolic factors are driving the development of sleep apnea even during adolescence, just as we see in adults.

Alexandros Vgontzas, the professor in the Penn State College of Medicine, said that the results published in the journal Brain, Behavior, and Immunitymight lead to potential changes in the way physicians treat and diagnose sleep apnea in both children and adults.

He said that while the traditional way to treat sleep apnea is with a continuous positive airway pressure (CPAP) machine, many patients, especially those with mild to moderate sleep apnea cannot feel the benefit and also do not like to use them.

Vgontzas said, "CPAP machines work, especially in people with severe apnea, but what about those with mild forms of apnea who do not feel the benefit and are resistant to using it?"

He also said that if these findings can be replicated, maybe looking at biological-based interventions instead of mechanical ones, like CPAP can be initiated and these results can help improve the way doctors make the diagnosis.

For example, taking a 30-year-old man who has problems with snoring and mild to moderate sleep apnea and checking for his levels of inflammation with CRP can help us predict if he is at the risk of developing severe apnea or other cardiometabolic problems like hypertension, diabetes shortly.

Vgontzas said, "This person with high CRP levels should be monitored closely to prevent the development of these conditions." 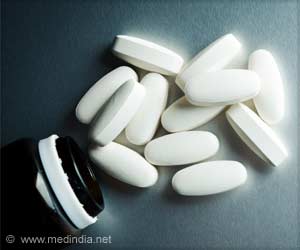