Genetic studies may help physicians identify bladder cancer patients who are at increased risk of cancer recurrence, suggests new research. While patients with variants in the aldehyde dehydrogenase 2 (ALDH2) gene and the vascular cellular adhesion molecule 1 (VCAM1) gene suffered fast recurrence, the ones with non-invasive tumors and a variant in the DNA repair gene XRCC4 tended to live long. The revelation will probably facilitate identification of patients who require intensive treatment and monitoring.

Bladder cancer is a cancer that begins in your urinary bladder, a balloon-shaped organ that stores urine. It can occur at any age; however, older adults are typically affected. The cancer is highly treatable if diagnosed early and fortunately this is often possible. Majority of bladder cancers are detectable at an early stage.

Bladder cancer is associated with a very high recurrence rate. Even those cancers that are detected and treated at an early stage can recur. Hence, bladder cancer survivors have to undergo follow-up tests for long even after completion of treatment.


Common symptoms of bladder cancer include: blood in urine (hematuria), frequent urination, painful urination, back pain and pelvic pain. Experts are yet to find a definitive cause for bladder cancer. Smoking, infection with parasites, radiation, and exposure to chemicals are all factors that place people at risk of developing bladder cancer.

The commonest type of bladder cancer, transitional cell carcinoma, arises in the cells that line the urinary bladder. Bladder cancer is diagnosed through a number of tests that include imaging techniques like cystoscopy, microscopic examination of urine samples, and tissue studies. CT scan, MRI, X-ray and bone scans may be used to identify if the cancer has spread. There are four stages in the cancer.

Treatment modalities of the cancer include surgery, biological therapy that modulates the immune system, chemotherapy and infrequently radiation therapy. Despite early diagnosis and treatment, nearly half of the patients experience tumour recurrences. It is difficult to predict who are at risk.

A team of researchers lead by Angeline Andrew, PhD, of the Dartmouth-Hitchcock Norris Cotton Cancer Center in Lebanon, New Hampshire analyzed the genes of 563 patients. They looked for genetic variants that influenced the time to bladder cancer recurrence and patient survival. They found that patients with variants in the aldehyde dehydrogenase 2 (ALDH2) gene and the vascular cellular adhesion molecule 1 (VCAM1) gene were likely to get a cancer recurrence shortly after treatment. The ALDH2 gene encodes an enzyme involved in alcohol metabolism and VCAM1 is involved the development of lymphoid tissues. It was also observed that patients with non-invasive tumors and a variant in the DNA repair gene XRCC4 had a longer life span than ones without the variant.  An extensive investigation into the new revelations can revolutionize the approach to bladder cancer. It would be possible to customize treatment and follow-up plans based on individual variations.

Bladder Cancer
Bladder Cancer affects the urinary bladder and can be superficial or deep type and this affects its recurrence rate & prognosis.
READ MORE 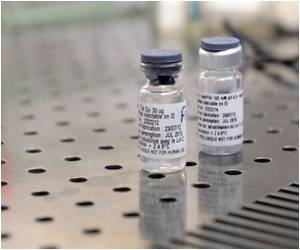 Exceptional Response To Everolimus in Bladder Cancer Patient With Rare Genetic Mutations
Complete response for 14 months to the drug everolimus and pazopanib was experienced by a patient wit bladder cancer, in a phase I trial.
READ MORE