Regular visits to museums, art galleries, the theatre or concerts are linked to a longer life, finds a study of older adults in the Christmas issue of The BMJ.
Art Lovers More Likely to Live Longer

And the more often people engage with the arts, the lower their risk of death, the findings show.


‘Want to live longer? Then, make sure to visit art galleries, museums, theatres, or concerts to increase your life expectancy and lower the risk of death.’
Read More..


These results are important given the current focus on social prescribing schemes - a key plinth of UK government health policy - that refer people to community arts activities to improve their health and wellbeing, say the researchers.

Does Engaging with Arts Increase Your Lifespan?.

Previous studies have found that engaging with the arts can improve a person's physical and mental wellbeing, including depression, dementia, chronic pain, and frailty. But, whether arts engagement can improve survival remains unclear.

So, a team of researchers at University College London set out to explore the association between different frequencies of arts engagement and mortality.

Their findings are based on data from more than 6,000 adults in England aged 50 years and over who were taking part in the English Longitudinal Study of Ageing (ELSA).

Frequency of arts activities, including going to the theatre, concerts, opera, museums, art galleries, and exhibitions, was measured at the start of the study in 2004-5.

Participants were then followed up for an average of 12 years, during which time deaths were recorded using NHS mortality data.

People who engaged in arts activities more frequently (every few months or more) had a 31% lower risk of dying (2.4 deaths per 1000 person years).

This protective association was largely explained by differences in cognition (thinking and understanding), mental health, and physical activity levels among those who did and did not engage in the arts. But, results were maintained independently of these and other factors such as mobility problems, deprivation, wealth, and retirement.

Limitations and Strengths of the Study

This is an observational study, so can't establish cause, and the researchers acknowledge the limitations of measuring cultural engagement at only one point in time. However, strengths include use of a large representative sample linked to national mortality data, and being able to adjust for a range of potentially influential factors.

"Overall, our results highlight the importance of continuing to explore new social factors as core determinants of health," they conclude.

Everyone should have the chance to participate in cultural activities, say researchers in a linked editorial.

They point out that the very people who have the most to gain from participating in the arts, such as the poorest and those with depression or loneliness, are least likely to do so, and say work must now be done "to ensure that the health benefits of the arts are accessible to those who would benefit most."

The study should also add weight to growing concerns about the decline in arts subjects and music in schools and universities, they add. 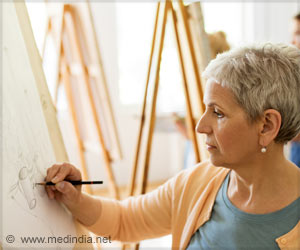 Drawing is Beneficial Than Writing for Memory Retention
Drawing can enhance memory in older adults than those who write notes, finds a new study.
READ MORE 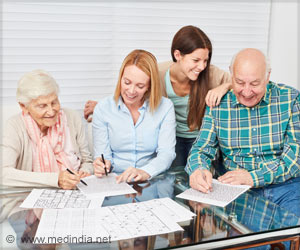