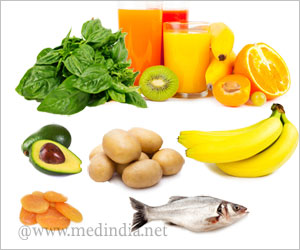 Diets rich in potassium may help protect the kidney and heart health of patients with type 2 diabetes, reports a new study published in the Clinical Journal of the American Society of Nephrology.

The study by scientists at the Shiga University of Medical Science in Japan hopes to kick start new avenues of investigation into the link between dietary potassium and health effects in diabetic patients.


The study involved as many as 623 individuals with type 2 diabetes and without any history of cardiovascular diseases (CVDs). The study started in 1996 and concluded in 2003, but follow-up analyzes were carried out until 2013. The scientists measured potassium and sodium excretion with urine samples.


‘Diets rich in potassium may help protect the kidney and heart health of patients with type 2 diabetes. The study might spur further investigations into the health benefits of potassium intake in diabetics.’

Diabetes is a growing problem worldwide. According to the International Diabetes Federation (IDF), in 2014, as many as 387 million people had diabetes, and the disease caused 4.9 million deaths. Worryingly, the Federation predicts that the total number of people with diabetes will rise to 592 million by 2035. The IDF adds that about 77% people with diabetes live in lower or middle-income countries. The increasing incidences of diabetes have raised the alarm in the healthcare sector.

Diabetes develops when the pancreas fails to produce enough insulin or when the cells are unable to respond properly to the insulin produced. There are three main types of diabetes mellitus: type 1 diabetes, type 2 diabetes, and gestational diabetes. Type 2 diabetes significantly increases an individual's chance of end-stage renal disease (ESRD) and cardiovascular disease (CVD). Hyperglycemia, high blood pressure, and dyslipidemia are well-known risk factors for both ESRD and CVD. The kidney function of diabetics is known to be compromised.

Commonly, potassium is considered as a means to prevent hypertension and stroke. However, its abilities to control ESRD and CVD in diabetics with healthy cardiovascular and kidney function are not well studied.

Potassium is an essential mineral involved in the normal functioning of all the cells, tissues and organs of the body. The mineral helps conduct nerve impulses, control muscle contraction and regulate the rhythm of the heart. It also plays an important role in maintaining fluid balance and bone health.

Controlling diet is important in diabetes treatment. Low-sodium and reduced-calorie diets are the most commonly recommended diets. The standard diet for diabetics is essentially a well-balanced, lower-salt diet.

The Japanese researchers agree with the standard practice restricting energy intake in diabetics, but they also warn that a low-sodium, low-calorie diet may also be deficient in potassium.

Dr. Shin-ichi Araki from the University is well aware of the issues surrounding a diabetic's dietary choices.

"For many individuals with diabetes, the most challenging part of a treatment plan is to determine what to eat," Dr. Araki said.

Dr. Araki says that high-level potassium diet might prevent ESRD and CVD in diabetics, or at least slow its advance.

These results are in line with other recent studies that have connected higher dietary potassium consumption with a lower incidence of kidney dysfunction and cardiovascular disease in non-diabetic patients.

Dr. Araki acknowledges that the study is not conclusive evidence of potassium's positive effects on diabetic kidneys. The aim of the study was to encourage further investigations into novel targets for future dietary recommendations. The trial was a success in that regard. 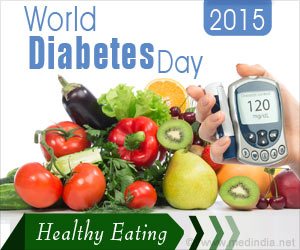 Run for Diabetes Awareness 2015 Campaign to be Held in the National Capital
Doctors from different parts of Delhi will participate in the marathon held at the Jawaharlal Nehru Stadium to raise awareness on diabetes.
READ MORE