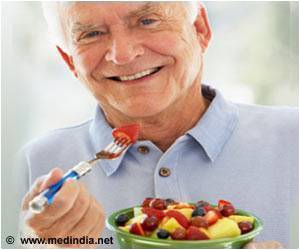 Health experts revealed giving an extra meal a day have saved the lives of thousands of older adults admitted to the British hospitals.

Advertisement
‘Delegating nutritional advisors to elderly patients during mealtime offers a morale boost plus the extra calories, which is known to have reduced the mortality rate from 11 to 5.5 percent.’

Results have revealed that death rates among those admitted with hip fractures have plummeted since the scheme was introduced two years ago at a number of hospitals, prompting medical chiefs to consider recommending it nationally.


The Sunday Telegraph reports that experts behind the program say older patients are failing to consume enough nutrients while convalescing on geriatric wards.
Advertisement
They believe this contributes to the toll of more than 4,000 elderly people who die within a month of being admitted for a hip fracture each year.

Five hospitals in England and one in Scotland introduced dedicated nutritional advisors who personally source the extra meal and sit with patients while it is eaten. They say the measure has coincided with a mortality drop from 11 to 5.5 percent.

Medics say the extra calories, plus the morale boost afforded by not eating alone, is making the difference between surviving traumatic breaks or not, according to the report.

How to Stay Active as You Get Older
Being physically active with a healthy dose of exercise for senior citizens is one of the ways to .....