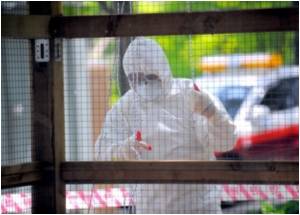 In Beijing, a seven-year-old girl has been infected with H7N9 bird flu, the state-run news agency Xinhua reported, the first confirmed case in the Chinese capital.

Until the announcement all 43 previous human cases of the H7N9 outbreak, 11 of which had been fatal, had been confined to eastern China. Xinhua said the infection was announced by local health authorities.