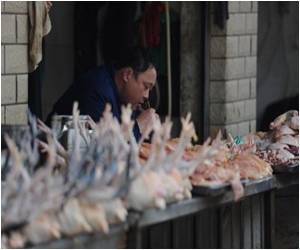 Developing a vaccine for the new H7N9 strain of bird flu could take many months, say US public health experts.

Chinese authorities had confirmed 38 human cases of H7N9 avian influenza as of Thursday evening after announcing nearly two weeks ago that they had found the strain in humans for the first time.

Earlier vaccines targeting similar viruses had produced poor results, two members of the influenza division of the US Centers for Disease Control and Prevention (CDC) wrote in the New England Journal of Medicine.


"Even if new vaccine manufacturing technologies... are utilised, the process from vaccine development to availability will probably take many months," said Timothy Uyeki and Nancy Cox.
Advertisement
Although worldwide efforts to develop a vaccine had already started based on early cases, clinical trials would also be needed, said the article posted on the journal's website on Thursday.

The Chinese government said Wednesday that it expected to have a vaccine ready within seven months, state media reported.

China's Ministry of Science and Technology and the health ministry were jointly working on the vaccine, the Xinhua news agency said.

China has also developed a test for H7N9, distributing kits to hospitals and other monitoring sites, Xinhua said.

The journal article praised China's speed in identifying the virus, though it called for enhanced surveillance of people with respiratory illness and monitoring of the contacts of infected patients.

Chinese authorities say they do not know how the virus is spreading but they have so far ruled out human-to-human transmission, a conclusion echoed by the World Health Organization.

Torticollis
Torticollis is abnormal tilted position of the head, with chin turned to the opposite side. It may o...