Deal Reached Over US Gynecologist Who Secretly Photographed His Patients 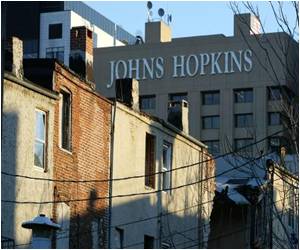 Lawyers reveal that the health care affiliate of a top US medical school is to pay $190 million to patients of a gynecologist who secretly photographed and videotaped them.

At least 8,500 women are party to the class action suit involving Johns Hopkins Health System in Baltimore, Maryland and physician Nikita Levy, who took his life in February 2013.

Experts Still Skeptical About G-Spot in Spite of Gynecologists Claim

Experts continue to view the presence of the G-spot with skepticism even though a group of American gynecologists claimed that they have found its location.
Advertisement

In a statement, Jonathan Schochor and Howard Janet, lawyers for the plaintiffs, said a proposed settlement of $190 million had been approved by the Baltimore City Circuit Court.


The amount is thought to be one of the highest ever in the United States in a lawsuit involving misconduct by a physician.

"When learning of Dr. Levy's behavior, our clients were extremely distraught. They felt a great breach of faith and trust. They felt betrayed," they said.

A male gynecologist of New South Wales, Australia has been charged with mutilating the genitals of a woman patient while removing a pre-cancerous lesion.
Advertisement
"Now, with this proposed settlement, we can begin the process of healing our community."

Levy, a longtime women's community health physician on Johns Hopkins' staff, used a camera hidden inside a pen, among other surveillance devices, to surreptitiously record his patients.

"There were also allegations of boundary violations," Schochor and Janet added without elaborating.

Levy committed suicide in his suburban home two weeks after the allegations against him first surfaced, putting a plastic bag over his head and filling it with helium. He was 54.

He left behind a farewell letter to his wife as well as computer hardware which, according to police at the time, contained an "extraordinary amount of evidence."

Johns Hopkins Health System is the holding company for a network of hospitals and clinics affiliated with Johns Hopkins University and its highly respected school of medicine.

"It is our hope that this settlement ?- and findings by law enforcement that images were not shared ? helps those affected achieve a measure of closure," it said in a statement, adding that the payout would be covered by insurance.

According to gynecologist and Director of Bangalore Medical College Kamini Rao, the Government should include treatment for infertility in the Yeshaswini health insurance scheme.
Advertisement
<< The Future of Gene Therapy
Michael Schumacher Now Communicating With His Family by Flu... >>

Women Warned Against Vaginal Rejuvenation by US Gynecologists

Different Medical Specialists and their Area of Medical Expertise
News Archive
News Resource
News Category
Can you Consult a Dermatologist for Monkeypox? What Does 'Overlapping Surgery' Mean? Job Problems More Likely to Increase Physician Suicide Woman With Two Uteruses Successfully Treated Through Laparoscopic Surgery Do Doctors and Nurses Need to Nap During Night Shifts?
More News
Sign up for Wellness Consult a Doctor Sign up for Selfcare