Amit Shah Admitted to AIIMS Due to Swine Flu Infection 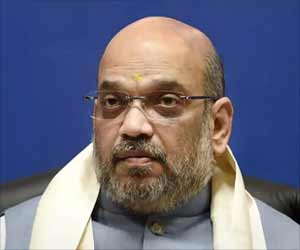 BJP President Amit Shah infected with swine flu virus. He got admitted to the All India Institute of Medical Sciences (AIIMS) on Wednesday for treatment.

According to AIIMS sources, Shah (54) arrived at AIIMS later in the evening and is under the observation of the institute's Director Randeep Guleria.

Shah also took Twitter to inform about his health condition where he wrote that he is being taken under observation.


"I am infected with Swine Flu for which treatment is going on. With God's grace and people's love and good wishes, I hope to recover soon," Shah said.

The spread of Swine flu infection is on the rise in India with Rajasthan having 36 deaths in the first 15 days of the newly-born year.