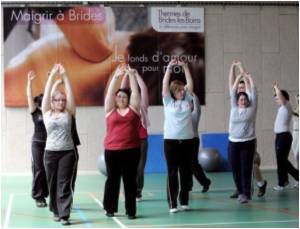 Researchers have found that only about one in every six Americans who have ever been overweight or obese loses weight and maintains that loss.

Penn State College of Medicine researchers analyzed data from the National Health and Nutrition Examination Survey from 1999-2006, a nationwide survey evaluating the health and nutrition of a representative portion of the population. Participants of this survey self-reported weight status and history.

Researchers calculated BMI for each individual and determined if they achieved 5, 10, 15 or 20 percent long-term (long than one year) weight loss maintenance. The sample included 14,306 people: 52.3 percent men and 47.7 women. One-third stated a current goal of losing weight, with 82.6 percent classified as overweight or obese.


Thirty-six percent of the sample had maintained a weight loss of at least 5 percent of their initial body weight. This is a higher rate than clinical trials, which have shown only 10 to 20 percent of individuals able to maintain a loss of at least five percent. This difference may be that while those who participate in clinical trials are a selected population, the numbers in the current study include unintentional weight loss, or the current study captures temporary weight gain that is typically lost at specific instances, such as the so-called "freshman 15."

In the sample, women, adults age 75 to 84, non-Hispanic whites and those with less than a high school education showed stronger longer-term weight management.

Researchers published their findings in the International Journal of Obesity.

Liposuction is a cosmetic procedure, which is used to suck out the excess or abnormal fat deposition to give a well-contoured shapely look.
Advertisement
Advertisement