While science and medicine are progressing to a level that crosses human imagination, the ancient healing techniques and practices still gain increased acceptance among the common public.

Inscriptions and ancient remains are what we have of this old age medicine now; over the years, it has progressed and developed into a full-fledged healing practice that is being used all around the world with appreciation.

Psychological beliefs: Traditional Chinese medicine is strongly based on the theory of the yin and the yang, along with a combination of the five phase theory. The yin and yang basically symbolize two opposite aspects of each particular matter or aspect-the sun and the moon, the night and the day, the cold and the hot and so on. TCM practitioners believe that our bodies are a mix of yin and yang, and an imbalance in the proportions of these yin and yang are what lead to disease.

They also believe that the entire universe and all its life can be broken down into 5 simple constituents namely the wood, fire, earth, metal and water and they correspond to particular organs of the body.

TCM practitioners further believe in the presence of a vital life force energy known as qi, within the body, which carries out different body functions and keeps the organs functioning to the best level.

Concept of disease: According to TCM practitioners, diseases may arise as a result of a disharmony between the yin and the yang, the five basic constituents and/or the qi energy flowing through the body.

Diagnosis: Diagnosis in TCM is usually done by five methods- analyzing and inspecting the areas of the tongue, its size and color, and presence or absence of teeth marks on its edges, noting for sounds such as wheezing, paying attention to odor of the body, inquiring about chills, fever, pain, taste, thirst, appetite, perspiration, and palpation.

Treatment options: A lot of different therapies fall under traditional Chinese medicine healing practices, and acupressure and acupuncture are the two most popular ones. Both these healing techniques focus on the stimulation of different parts and points of the body using the fingers (in acupressure) or needles (in acupuncture) and bring about a change for the better in the body.

They balance the energies of the body, stimulate the flow of qi, clear out blockages and enhance the natural healing process of the body.

Shiatsu, Tui na, and massage practices are also a component of traditional Chinese medicine, and they aim at clearing the body of toxins and strengthening the body.

Other therapies: Traditional Chinese medicine does have many other therapies under it-from cupping therapy, which involves several glass cups placed on the body to offer a reverse pressure massage, to Gua Sha, which involves abrasion of the skin using different materials to stimulate healing of the body.

Chinese food therapy is yet another therapy which focuses on the importance of diet and food in promoting health and wellness.

However, it is good to exercise caution before starting on trying TCM as a therapy to treat your illnesses and health problems. Seek advice from your healthcare provider and rule out the possibilities of any health problem arising out of the use of these therapies.

Also, it is advisable that women who are pregnant, elderly individuals and patients suffering from skin diseases avoid trying out acupressure and acupuncture as a treatment option. 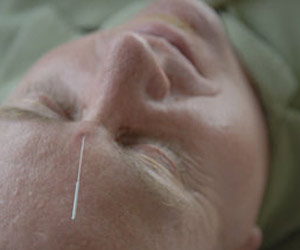 Acupuncture and Acupressure Treatment - All About Needles and Needless Pain
Dr. P.B. Lohiya suggests treatment and cure for long term illnesses through acupuncture and acupressure therapy.
READ MORE
Acupressure Effective In Brain Injury Recovery: Study
A new study has shown that an ancient form of complementary medicine may be effective in helping to treat people with mild traumatic brain injury.
READ MORE 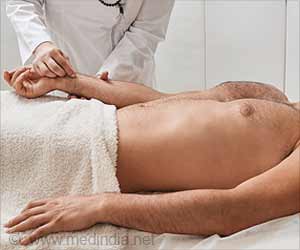