What is Endoscopic Retrograde Cholangio-Pancreatography?

Endoscopic retrograde cholangiopancreatography (ERCP) is an investigative technique which uses endoscopy and fluoroscopic imaging for the diagnosis and treatment of disorders of the biliary and pancreatic systems. In this procedure, a thin, flexible, telescopic instrument, called an endoscope is passed through the mouth and stomach to the duodenum for treating diseases of the gallbladder, biliary system and the pancreas.

When it was first introduced in the 1970s, ERCP was primarily used as a diagnostic tool. However, with the advent of less invasive and safer diagnostic procedures, such as endoscopic ultrasound (EUS) and magnetic resonance cholangiopancreatography (MRCP), ERCP has now essentially become a therapeutic tool.

The digestive tract includes the mouth, food pipe and stomach which leads to the small intestine, large intestine and rectum. The liver and pancreas form digestive juices and pour it through duct into the first part of the small intestine called the duodenum. The common hepatic duct from the liver joins the cystic duct from the gallbladder to form the common bile duct. This duct joins the pancreatic duct to form the ampulla of Vater which opens in the duodenum. The endoscope is passed till this region during ERCP.

What are the Reasons to do ERCP / Indications for ERCP?

The liver, gallbladder, pancreas, bile ducts and the major duodenal papilla or ampulla of Vater can be involved in many diseases with numerous symptoms. The major reasons for doing an ERCP include the following:

Since there are significant complications associated with ERCP, the doctor must carefully weigh the risks versus benefits of the procedure. Here lies the importance of the various indications before proceeding with the procedure.

How do you Prepare before ERCP?


Medicines that should be avoided before the procedure or require adjustment of the dosage and timing, include the following:

The doctor should be informed regarding the following: On the day of the ERCP, the doctor or nurse will explain the procedure and answer any questions, following which an informed consent form will need to be signed.

What Happens During the Procedure?

You will be asked to remove dentures, spectacles, contact lenses, and hearing aids, as applicable. A local anesthetic will be sprayed at the back of your throat to numb the area, as the endoscope will be inserted through the throat. Small monitoring devices will be placed on the skin to measure the pulse, blood pressure and blood oxygen levels.


A plastic guard will be placed in your mouth to protect the teeth. Then a sedative-analgesic such as droperidol, diazepam, midazolam, or meperidine will be administered through an intravenous (IV) channel to make you relaxed and sleepy.

During the procedure, an endoscope is passed through the mouth, food pipe and stomach, into the duodenum. The endoscope is fitted with optical fibers through which light can illuminate the relevant parts of the gastrointestinal (GI) tract being investigated. X-ray pictures of the bile and pancreatic ducts are taken (technically termed as cholangiopancreatography) using an instant X-ray machine called a fluoroscope.

Since the ducts do not show-up clearly in ordinary radiographs, a contrast dye is injected, which appreciably increases the visibility of the ducts. The contrast dye is injected into the papilla of the duodenum and flows backwards up the pancreatic and biliary ducts. For this reason, the injection is called a retrograde injection, which is done via a narrow plastic tube that protrudes through the side of the endoscope. The X-ray pictures are then taken.

After a definitive diagnosis is made, any one of the following endoscopic techniques is used as a therapeutic intervention:

What are the Advantages and Disadvantages of ERCP?

A major advantage of ERCP is that it provides detailed and accurate information about the pancreaticobiliary system that is difficult to diagnose by EUS. It also provides a less invasive procedure than open surgery for treating several pancreatic diseases.

A major disadvantage of ERCP is the risk of occurrence of complications. This usually occurs in 5-20% of patients and can vary with the patient, disease, and the type of ERCP procedure and the treatment modality. Some of the following complications may occur:

After the procedure, you will be transferred to the recovery room where it will take approximately 1-2 hours for the effect of the medications to wear off. During this period, you will be under observation for any complications that may arise as a result of the procedure. ERCP is usually performed as an outpatient procedure and you will be discharged the same day. In case of any complications, you may need to be admitted overnight for further observation.

Upon discharge, you must be accompanied by a family member and must not drive due to the residual effects of the sedatives used in the procedure. At home, you should take adequate rest and only have a light meal and plenty of fluids. The routine medications can be restarted, unless instructed by the doctor not to do so. During the recovery period, you should be alert about early signs of complications. These include the following: 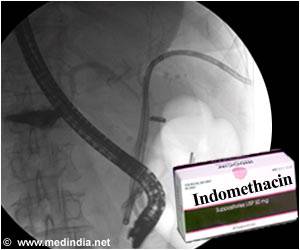 Mild Increase in Blood Lipid Levels Puts You at Risk Of Pancreatitis
The inflammation in pancreatitis occurs when cells in the pancreas discharge digestive enzymes, which start to demolish the pancreas.
READ MORE

Cholelithiasis - Treatment
Removal of the gallbladder (cholecystectomy) is treatment of symptomatic choleithiasis in patients who are fit for operation. Only gallstones that cause symptoms or complications require treatment.
READ MORE 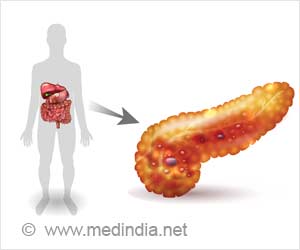 Artificial Pancreas can Prevent Extremely Low Blood Sugar In Diabetic People
New artificial pancreas system can prevent hypoglecemic episodes during and after heavy exercise in people with type 1 diabetes.
READ MORE
Type 2 Diabetes Remission can Restore Pancreas Size and Shape
Remission of type 2 diabetes has the ability to reverse the shape and size of the pancreas into normal. The insulin production capacity of the pancreas also increases to normal levels.
READ MORE