Intraoperative floppy iris syndrome (IFIS) is a complication during cataract surgery that was first reported by Chang and Campbell in the year 2005. This condition was noticed in those patients who were taking the oral drug tamsulosin for some other purpose.

Tamsulosin is a drug that belongs to a group called alpha1 antagonists. It is commonly recommended to treat lower urinary tract symptoms of benign prostrate hypertrophy. Besides acting on the prostate, they also act on similar receptors that are present on the muscles of the iris, the dark circular disc which determines the color of the eye.

Thus, a person who has taken oral tamsulosin prior to cataract surgery may suffer from a complication during surgery, which amounts to intraoperative floppy Iris syndrome. This syndrome is characterized by poor dilatation of the pupil of the eye (the central dark spot through which light enters the eye), flaccid iris and tendency of iris prolapse through corneal incisions.

Besides tamsulosin, several other alpha antagonists including terazosin and doxazosin are associated with the IFIS.

IFIS can be prevented by taking a detailed history of the patient which should include the details of medications taken. The patient should specifically be asked about the intake of tamsulosin or any other alpha blocker before the surgery. Thus, the ophthalmologist can take preventive measures to prevent complications arising during the cataract surgery. 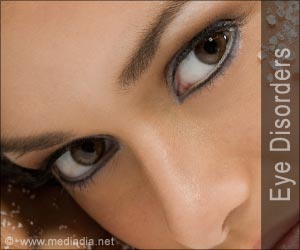 Iridectomy - Surgical Procedure
Iridectomy is a procedure in which an opening is made in the iris of the eye.
READ MORE
Sign up for Wellness Consult a Doctor Sign up for Selfcare