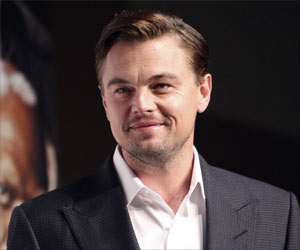 Leonardo DiCaprio is friendly and Kristen Stewart is less approachable, if the new study by psychology researchers at York University is to be believed.


These assessments were made based on first glance impressions and it has nothing to do with their real characters.

Regardless of the true inner personality, a smile is able to create a striking first impression, the study states.
Advertisement
According to the researchers it is possible to predict first impressions by measuring physical features of faces.

They state that people evaluate the approachability, dominance and youthful-attractiveness of others by the specific spacing and shape of their faces.

Researchers under Professor Andy Young and Dr. Tom Hartly evaluated photographs from the internet to develop a way to predict first impressions.

A total of 1,000 faces were scrutinized in terms of 65 different physical features such as the height of the eyes, width of the eyebrows and so on.

Cartoon-type faces were developed from the results that allowed depiction of how the attributes altered along each dimension.

Therefore, a quantitative model of characteristic faces related to first impressions was created. The results of the study showed that a substantial proportion of the variance around first impressions could be attributed to linear changes in certain defined features, though the facial images varied widely.

The shape of the jaw, mouth, eyes and cheekbones were the main three physical attributes that provided clues to what the first impression would be.

It is possible to utilize the cartoon faces generated by the model to determine how one's face fares on the scale produced by the model.

The cartoon images are available online and one can compare a given facial image with the cartoon faces to find out the best match.

Top Foods for Naturally Glowing Face and Radiant Skin
All healthy foods will give you great skin, but some of them are better than others for a glowing .....