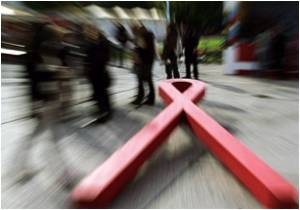 The United Nations said Wednesday that global AIDS-related deaths and new HIV infections have fallen by more than a third in a decade.

The global effort to beat the pandemic has made huge strides, though the battle is far from over with 35 million people still living with HIV worldwide, said Michel Sidibe, head of UNAIDS.

"Ending the AIDS epidemic is possible," he said.


"We have a fragile five-year window to build on the rapid results that been made. The next five years will determine the next 15."

In a review of the pandemic released before the 20th International AIDS Conference in Australia from July 20-25, the UN agency said AIDS-related deaths dropped to 1.5 million in 2013 from 1.7 million the previous year.

Australian authorities were urging 399 people to have a HIV test in eastern Victoria state after a health care worker was diagnosed with the virus that causes AIDS.
Advertisement
That was the sharpest annual decline since the peak in 2004 and 2005, and marked a 35-percent drop from the 2.4 million deaths seen in both those years.

Alongside the falling death toll, new infections declined to 2.1 million last year, a 38-percent fall compared with the 3.4 million people infected in 2001.

Globally, the report said, 35 million people were living with the virus in 2013, up from 34.6 million the previous year.

Of those, "19 million do not know their HIV-positive status", said Sidibe.

UNAIDS noted that in sub-Saharan Africa, access to condoms remained a major problem, with only eight available per year for each sexually active person.

In Asia, concerns focus on India and Indonesia -- infections in the latter have jumped by 48 percent since 2005.

Efforts to increase the number of people getting access to life-saving anti-retroviral drugs have advanced quickly, with 12.9 million now receiving treatment compared with 5.2 million in 2009, UNAIDS said.

While the hike is impressive, it falls short of a UN target announced two years ago to reach 15 million people by 2015.

The international community has expressed repeated concern about vulnerable groups who can miss out on treatment in societies where they are marginalised.

The World Health Organization recently called for greater efforts to treat gay men, transgender people, prisoners, people who inject drugs and sex workers, who together account for about half of all new HIV infections worldwide.

It says the investment will pay huge dividends, given that fewer deaths and less sickness takes a burden off the healthcare system, and enables HIV-positive people to work and contribute to the economy for longer.