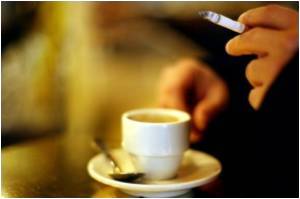 Hospitals in the UK will ban sugar in the tea of patients, amid fears that it is a risk to health.

National Health Services officials have been ordered to remove sugary coffee from all its vending machines.


It is believed that a cup of tea is packed with health-boosting properties that cut the risk of heart disease, and help brainpower.


But hospitals in Wales have been ordered to remove any sugary drinks from their premises as they have no nutritional benefit and pose a risk to the teeth.

Junk food, including crisps and fizzy drinks in machines were disallowed according to guidelines from the Welsh Assembly.

Instead it suggested that water and dried fruit should be sold in place.

Tea drinkers can use artificial sweeteners.

"We are working to create an environment where it is easier for people to make healthy choices," the Daily Express quoted an Assembly spokesman as saying.

The Department of Health said it is doubtful to impose such a ban in England.

"Some people are used to having their tea with sugar. My worry would be it would put them off tea all together and there are lots of health benefits from tea," said doctor Carrie Ruxton, of the Tea -Advisory Panel.

According to three studies, people, who drink three cups of tea a day, are 45 per cent less likely to die from coronary problems and two cups of black tea can cut the risk of ovarian cancer.

Caffeine and DecaffeinationSugar: Time to Look beyond Its SweetnessTeaTips for Healthy Fasting During Ramadhan
Sign up for Wellness Consult a Doctor Sign up for Selfcare