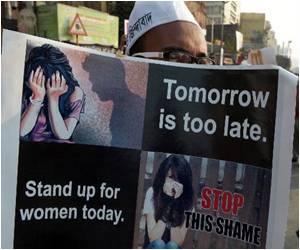 Around 33 percent of women suffer sexual violence during and after a period of conflict and around 29 percent reported that their husbands or partners were the perpetrators, reveals a new study.

The study also established that total of 10 percent women said that the culprit was someone other than an intimate partner and only 0.3 percent identified an armed combatant.


Although international attention has focused primarily on extreme cases of sexual abuse by combatants, such as targeted mass rapes during the Rwandan genocide and in the Democratic Republic of Congo, researchers on gender-based violence are revealing a much wider scope of abuses, perpetrators and victims.


In another recent study, the researchers evaluated a programme to prevent intimate partner violence by working directly with men in a conflict setting.

The results were promising, showing that men receiving the programme were better able to manage conflict in a non-violent way, and with some suggestion that levels of violence were lower.

Mazeda Hossain, Lecturer in Social Epidemiology at the School said that there is no doubt that horrific crimes, such as mass rape and violence targeted at women and girls, call for action to bring perpetrators to justice.

He further suggested that recognizing the fact that women are suffering at the hands of their husbands or partners is also very important.

The Global Summit to End Sexual Violence in Conflict was held in London recently where politicians, activists and researchers gathered to address the situation.

The findings are published in The Lancet.