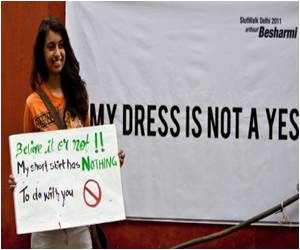 A study found that nearly 1 in 10 people 21 years of age or younger reported perpetrating some type of coercive or forced sexual violence during their lifetime, and perpetrators reported more exposure to violent X-rated material. The study published by JAMA Pediatrics, a JAMA Network publication.


Michele L. Ybarra, M.P.H., Ph.D., of the Center for Innovative Public Health Research, San Clemente, Calif., and Kimberly J. Mitchell, Ph.D., of the University of New Hampshire, Durham, N.H., estimated adolescent sexual violence perpetration and reported details of the experience after analyzing data for 1,058 young people between the ages of 14 and 21 years in the Growing Up with Media study. They focused on sexual violence as coercive and forced sexual behavior.

The most common age at the first perpetration of sexual violence was 16 years old, and males were overwhelmingly more likely to have their first episode at 15 years of age or younger. Perpetrators of sexual violence also tended to report more frequently being exposed to media that depicted sexual and violent situations, although the results were not always statistically significant, according to the study.

Most young people who reported trying to force or forcing someone to have sex reported using coercive tactics, such as arguing, pressuring someone, getting angry or making someone feel guilty, more commonly than using threats or physical force. Most often, the victims were a romantic partner and 50 percent of perpetrators said the victim was responsible for the sexual violence. Most perpetrators also said no one had found out about the incidents, so contact with the justice system was uncommon, study results indicate.

"Certainly, however, links between perpetration and violent sexual media are apparent, suggesting a need to monitor adolescents' consumption of this material, particularly given today's media saturation among the adolescent population," the study concludes. "Because victim blaming appears to be common while perpetrators experiencing consequences is not, there is urgent need for high school (and middle school) programs aimed at supporting bystander intervention."