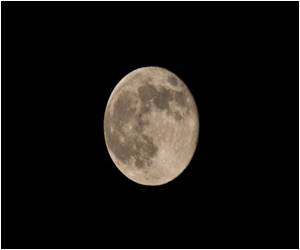 The formation of the new solar system was completed around 60 million years ago, reveal researchers.

The timing of the giant impact between Earth's ancestor and a planet-sized body occurred around 40 million years, which led to the beginning of earth and moon formation.

Geochemists from the University of Lorraine in Nancy, France have discovered an isotopic signal which indicates that previous age estimates for both the Earth and the Moon were underestimated. Looking back into "deep time" it becomes more difficult to put a date on early Earth events.


In part this is because there is little "classical geology" dating from the time of the formation of the Earth - no rock layers, etc. So geochemists have had to rely on other methods to estimate early Earth events. One of the standard methods is measuring the changes in the proportions of different gases (isotopes) which survive from the early Earth.
Advertisement
Previously, the time of formation of the Earth's atmosphere had been estimated at around 100 million years after the solar system formation. As the atmosphere would not have survived the Moon-forming impact, this revision puts the age up to 40 million years after the solar system formation (so around 60 million years older than previously thought).

Guillaume Avice said that the xenon gas signals allow us to calculate when the atmosphere was being formed, which was probably at the time the Earth collided with a planet-sized body, leading to the formation of the Moon and their results state that both the Earth and the Moon are older than they had thought.

The work was presented at the Goldschmidt Geochemistry Conference in Sacramento, California.

Bible That was on the Moon Fetches $75,000 at Auction
The microfilm Bible that was on the Apollo 13 mission as it flew round the moon has fetched over ......