Study Shows Why People Tend to Get Fatter With Age 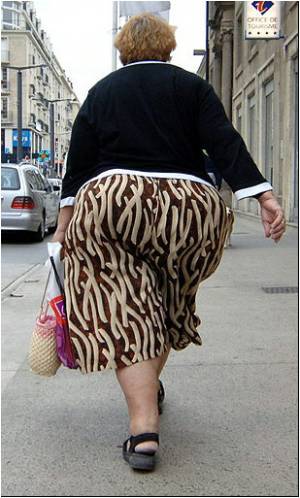 A possible metabolic on/off switch that could reactivate brown fat has been discovered by scientists.

"Future studies on how PAF/PAFR signalling controls UCP1 levels through beta3-AR production in the BAT of animals and humans may reveal new therapeutic targets to treat metabolic disorders associated with obesity," Junko Sugatani, from the University of Shizuoka in Shizuoka, Japan, said.

To make this discovery, scientists analyzed two groups of mice. The first group had the platelet-activating factor receptors (PAFR) gene knocked out. The second group was normal.


PAFR-deficient mice developed a more severe obese state characterized by higher body and epididymal fat mass with age than that of wild-type littermates.
Advertisement
Findings from the PAFR-KO genetic model reveal that PAFR-deficiency causes brown adipose tissue (BAT) dysfunction, which converges to induce the development of obesity, due to impaired thermogenic activity of BAT.

This study could elucidate the molecular mechanism underlying the PAF/PAF receptor-mediated anti-obesity, leading to the development of new targets for the treatment of obesity and related disorders, such as diabetes, high blood pressure, heart disease, cancer, infertility and ulcers.

The study is published in the FASEB Journal.