Young men who have sex with men (MSM) and transgender people shared their experiences of external and internalized stigma they face at 20th International AIDS Conference (AIDS 2014).

Phillip Salvador Palmos of 'Youth Voices Count' said that self-stigma contributes to 'bridging behaviours' - such as injecting drug use - that can increase a young person's sexual risk-taking. Self-stigma appears to decrease condom use, as the need to feel love or affection outweighs long-term health consequences of unprotected sex. Also if you have a low self-esteem, you are less likely to have the power dynamics to negotiate condom use with your partner.

Phillip of 'Youth Voices Count' added: "Young MSM and transgender people may have taken the voluntary HIV counselling and testing but often due to unfriendly and stigmatizing experience at these settings they may not come back to collect the test results. Youth Voices Count is working to use this input from young MSM and transgender people to make a training kit for healthcare providers."

Gautam Yadav, a young MSM from India said: "Stigma first comes within ourselves. When I went for HIV testing at 18 years of age, and tested positive, I could sense what the reaction of my parents and friends would be if I disclose my HIV status. Later I trusted few friends and disclosed my HIV status with them. But they shared it further ahead and soon it was out in the open that I am living with HIV. I had no option but to go open with my status." Educating society to stop HIV related discrimination is a big challenge ahead and lot of work remains to be done said Gautam.

Shale Ahmed, Executive Director, Bandhu Social Welfare Society, Bangladesh, shared with Citizen News Service (CNS): "Stigma starts from family itself for MSM. Often MSM have a particular body language and thus get identified and profiled. Even own siblings are not very friendly often so how can MSM people expect any support from outsiders. Another issue that has been coming up repeatedly is that families refuse to support transgender children. Families also deny to share property with them."

Hender Gercio, a young transgender from Philippines said: "My parents wanted me to be gay rather than a transgender. They were very concerned about my femininity and rather wanted me to be masculine. Transphobia was right there in my own home. Transphobia fuels self-stigma that makes us think that we are not worthy of love and belonging. Many transgender people do not receive care and support in their own homes, so they turn to street to look for friendship, and may get into sex work to be able to meet their expenses of buying feminine clothes etc. This exposes them to further risk of HIV, exploitation and abuse. They are not accepted in schools or if they are, then they are forced to cut their hair and appear like a boy. With no school education, or vocational skills, they find themselves getting into even riskier situations than before. They are also less likely to have information about safe sex."

"Transgender people are also dealing with other pressures such as to keep proving that they are feminine enough. The social construct which relates to femininity and puts women at risk too, also influences transgender people to be submissive, feminine, or to be receptive partners. Male partners will often be found telling transgender people that 'No one is going to have sex with you' which further internalizes shame."

Gautam added: "It is difficult to access services for young MSM and transgender people, especially those below 18 years of age as police can harass them. Why are HIV programmes ignoring needs of adolescent people when they invest significantly in ensuring children to HIV positive mothers are born healthy and HIV negative? Why are effective strategies to reduce risk of HIV transmission not in place for adolescents? All is not that bad, and government has moved to roll out adolescent education programmes in the country but few states are still left out. People feel that sex education is not in the interest of our young people."

Hender shared that "The moment we are asked to fill any form, transphobia sets in. We are often forced to choose between male or female. In healthcare settings, there are many healthcare providers who are not familiar with transgender bodies and ask probing uncomfortable or stigmatising questions. Many inappropriate questions are often asked in healthcare settings. Moreover if there is a mismatch between the names we write in the forms and those on our identities, then we are denied HIV testing. Denial of HIV testing impacts us negatively because we are at a higher risk of HIV than others."

Phillip on behalf of 'Youth Voices Count' welcomed the 'WHO Consolidated guidelines on HIV prevention, diagnosis, treatment and care for key populations' released earlier as these have integrated issues of transgender people as well.

Lieu Anh Vu of 'Youth Voices Count' and Asia Pacific Coalition on Male Sexual Health (APCOM) shared at another session of AIDS 2014 that he finds the practice of service providers of making those who come for HIV testing feel as if they have done something wrong or make them feel guilty unacceptable. "This is how I felt when I went for HIV testing in Vietnam as service providers made me feel that I have done something wrong and made me feel guilty. Even before I got my result whether I was HIV positive or negative, service providers made me feel guilty as if I did something wrong by not protecting myself and having unsafe sex. This attitude of service provider is also increasing stigma for HIV positive people and eventual discrimination. Instead of saying that it does not matter what the HIV test results are as we need to find the right treatment if found positive, or the right prevention method if found negative, they were fueling stigma instead."

"Protection is not always good and at times it harms. For example criminalizing same sex behaviour or drug use is actually harming public health and driving people underground. Young MSM and transgender people need to be empowered to protect themselves instead of making them feel guilty. What we do with 'good intention' to protect young MSM and transgender may harm them" emphasized Vu.

Vu has experienced that sensitive and quality counselling can help young MSM and transgender cope with shame. He said to Citizen News Service (CNS): "Five years ago I had lot of shame within myself and approached a counsellor. I was very lucky as I got in touch with very good counsellors. My counsellors did not make me feel guilty rather comforted me and made me cope with life. It made me understand that it is not me who has made a mistake or become an irony in the society rather it is a social construct and society discriminates against us. It is institutionalisation of gender which makes people discriminate against us."

Negative Experiences are Common for Transgender Patients in Emergency Departments
Majority of transgender patients have had a negative experience when it comes to receiving emergency department (ED) care.
READ MORE 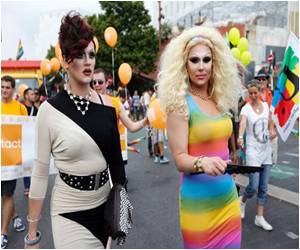 Transgender Issues to be Discussed at Health Meet in India
Issues faced by transgenders like HIV/AIDS and human rights violations are among the topics to be discussed at a high-level meeting in New Delhi organized by the department of AIDS control.
READ MORE