State of US Healthcare System 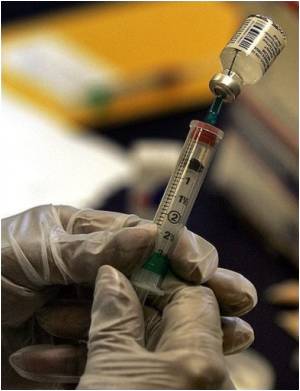 In a debate over the healthcare system in the United States, four articles try to add on arguments and research findings in aid of the debate. The issue leads off with the editorial, "The 800-Pound Gorilla in the Healthcare Living Room," by Journal Editor-in-Chief Dr. Joseph Alpert, Professor of Medicine, Arizona College of Medicine, Tucson.

As a practicing physician and medical educator, Dr. Alpert has first-hand experience with the current environment of medical treatment. In his view, "the most important deficit in our new healthcare legislation was the failure to address the 800-pound gorilla sitting squarely in the middle of the US healthcare system: the need for tort reform." He contrasts his own training at Harvard Medical School, where the rule for good patient care was "Don't order any test or intervention (medical or surgical) that has little or no chance of improving the patient's quality or length of life" against the current rule: "Order a huge array of tests, including radiographic imaging, to rule out every conceivable clinical condition including very unlikely diagnostic entities." Without meaningful reform to stem the tide of defensive medicine with its staggering volumes of unnecessary diagnostic testing, he believes that all attempts at controlling healthcare costs in the US will be doomed to failure.


In "On the Critical List: The US Institution of Medicine" authors Salinder Supri, PhD, nderung Consulting, New York, NY, and Karen Malone, MA, University of Medicine and Dentistry of New Jersey, Newark, NJ, examine the US institution of medicine. They characterize it not as a single, comprehensive and cohesive system of healthcare, but instead, as a myriad of large and powerful organizations including insurance companies, Health Maintenance Organizations (HMOs), corporate for-profit hospital chains, and pharmaceutical companies.

Healthcare may become dearer in India as per the proposed amendments announced by Finance Minister Pranab Mukherjee
Advertisement
The authors lay out the "rules of the game" as played by these interconnected entities. Insurance companies have set the rule "restrict choice and coverage" by using an elaborate system of co-payments and deductibles, exclusion clauses, and loopholes. HMOs have set the rule "manage care" to limit the number of treatments patients receive, the days spent in hospital, and their choice of provider. The pharmaceutical industry has set the rule "charge as much as we want, because insurance will pay." This rule has resulted in prescription drug prices that are nearly 60% higher than in Canada, and nearly 100% higher than in Europe, and has led to patients being prescribed sometimes unnecessary, often useless, and even potentially dangerous drugs. Finally, corporate hospital chains have set the rule "test as much as we want, because insurance will pay." Under this rule, they extend the patient's range of tests and procedures, even when excessive or unnecessary.

According to the authors, "The sum of the 'rules of the game' devised by these organizations has resulted in a fragmented, haphazard, and broken system of healthcare. Reform is long overdue, andï¿½this requires us to understand these rules, who is setting them, and how these rules are being used to exploit the system of medicine. Only then can we begin to heal our ailing healthcare system."

"The Affordable Care Act: Facing Up to the Power of the Pen and the Purse" looks at the political side of the healthcare debate. Eli Y. Adashi, MD, MS, CPE, FACOG, Professor of Medical Science, Brown University, Providence, RI, scrutinizes the various challenges to the Affordable Care Act (ACA). He reviews the statutory challenges of repeal measures being introduced in Congress and in 40 state legislatures. While Congressional action will likely be stopped by an Obama veto, and the state efforts will likely fail due to the Supremacy Clause of the US Constitution, broad state opposition could ultimately play a role in federal decision-making by raising questions as to the feasibility or wisdom of enforcing the ACA in part or in whole.

Dr. Adashi also reviews the appropriation challenges facing the law, such as defunding the spending authorizations in the ACA, or withholding money from the implementing agencies such as the Department of Health and Human Services. He states, "Whatever the strategy, defunding efforts are likely to force a showdown between Congress and the Administration, including the prospect of a partial government shutdown."

In "Medical Bankruptcy in Massachusetts: Has Health Reform Made a Difference?" investigators David U. Himmelstein, MD, and Steffie Woolhandler, MD, MPH, of the City University of New York School of Public Health, New York, NY, and Deborah Thorne, PhD, of Ohio University, Athens, Ohio, surveyed bankruptcy filers in Massachusetts in 2009, comparing them with similar subjects from 2007. They report that during this time period the share of all Massachusetts bankruptcies with a medical cause went from 59.3 percent to 52.9 percent, a statistically non-significant decrease of 6.4 percentage points. Because there was a sharp rise in total bankruptcies during that period, the actual number of medical bankruptcy filings in the state rose from 7,504 in 2007 to 10,093 in 2009.

Since Massachusetts was the first state to enact universal medical insurance, proponents had argued that such insurance would reduce the rate of medical bankruptcies. Although assigning medical factors as the primary cause of a particular bankruptcy is difficult, researchers found that there was no change in the rate of medical bankruptcies after enactment of the Massachusetts legislation.

"The recently enacted national health reform law closely mirrors Massachusetts' reform. That reform expanded the number of people with insurance but did little to upgrade existing coverage or reduce costs, leaving many of the insured with inadequate financial protection," commented the authors. "Our data do not suggest that healthcare reform cannot sharply reduce the number of medical bankruptcies. Indeed, medical bankruptcy rates appear lower in Canada, where national health insurance provides universal, first dollar coverage. Instead, these data suggest that reducing medical bankruptcy rates in the United States will require substantially improved not just expanded insurance, as well as better disability insurance programs to provide income support to ill individuals and family caregivers."

Indian-American Sentenced to 15 Years in Prison for Healthcare Fraud

A US court has sentenced an Indian-American to 15 years of prison and forfeit over $43 million after he pleaded guilty to charges of healthcare fraud.
Advertisement
<< Mothers - Their Role Today
Cost-effectiveness of Ovarian Cancer Therapy Questioned >>