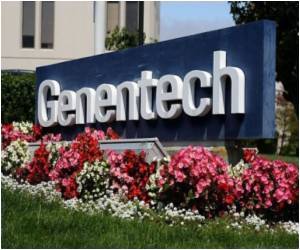 An analysis conducted by Ohio State University cancer researchers has found that adding the targeted therapy bevacizumab to the treatment of patients with advanced ovarian cancer is not cost effective.

Bevacizumab is a novel targeted therapy designed to inhibit angiogenesis, the process by which new blood vessels develop and carry vital nutrients to a tumor.Although a discussion regarding cost-effectiveness of a potentially life-extending intervention invariably suggests the rationing of limited health care resources, the intent of this study was to provide a framework with which to evaluate the pending results of a clinical trial of three different interventions for ovarian cancer, said Cohn.


"We do not suggest that bevacizumab, also known by the brand name Avastin, should be withheld from a patient with ovarian cancer, but rather argue that studies evaluating the effectiveness of new treatments should also be interpreted with consideration of the expense," says Cohn, who collaborated with Dr. J. Michael Straughn Jr., an associate professor of obstetrics and gynecology at the University of Alabama at Birmingham.

This medication is used to treat certain types of advanced lung cancer. It is also used to treat certain types of brain, breast, kidney, colon, or rectal cancer along with other cancer medicines.
Advertisement
The results of the randomized phase III GOG clinical trial demonstrated an additional 3.8 months of progression-free survival when maintenance bevacizumab was added for about one year following treatment with standard chemotherapy drugs carboplatin and paclitaxel along with bevacizumab.

"We put together a model looking at the variety of treatment arms on this clinical trial, each of which included 600 patients," said Cohn. "Given the fact that the addition of the drug was associated with 3.8 months of additional survival without cancer, we set out to determine whether or not that benefit of survival was justified by the expense of the drug.

"The model showed that standard chemotherapy for patients in the clinical trial would cost $2.5 million, compared to $78.3 million for patients who were treated with standard chemotherapy and bevacizumab, plus additional maintenance treatments of bevacizumab for almost one year. Bevacizumab has been used in the treatment of recurrent ovarian cancer, and the U.S. Food and Drug Administration has approved it for the treatment of colorectal, lung, breast, brain (glioblastoma) and renal cell cancers.

"Ultimately, we found that if you reduced the drug cost to 25 percent of the baseline, it does become cost effective to treat patients with bevacizumab," said Cohn. "Or, if the survival could be substantially increased above the 3.8 months of progression-free survival, that could lead to cost-effective treatment for patients with advanced ovarian cancer."Ovarian cancer is the most lethal gynecologic cancer, with almost 14,000 women expected to die from the disease this year, according to the American Cancer Society.

"It is anticipated that in the future, there will be increased scrutiny regarding the individual and societal costs of an effective medication," said Cohn. "We hope that future clinical trials will incorporate the prospective collection of cost, toxicity and quality-of-life data to allow for a fully informed interpretation of the results."

A genetic process that may allow ovarian cancer to resist chemotherapy has been uncovered by researchers at York University.
Advertisement
<< State of US Healthcare System
Moderate Drinking Reduces Heart Disease Risk >>

Sanatogen The Essence of Yoga Post-Nasal Drip Sinopril (2mg) (Lacidipine) How to Reduce School Bag Weight - Simple Tips Accident and Trauma Care Calculate Ideal Weight for Infants Blood - Sugar Chart Indian Medical Journals Noscaphene (Noscapine)
This site uses cookies to deliver our services. By using our site, you acknowledge that you have read and understand our Cookie Policy, Privacy Policy, and our Terms of Use