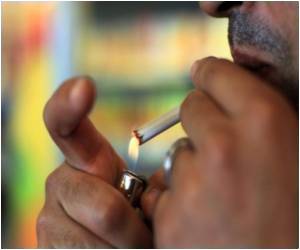 Despite smoking ban four out of five pubs in Germany allow people to smoke, making use of legal loopholes, according to a study.

The German Cancer Research Center (DKFZ), which sent a team to tour almost 3,000 pubs, bars and restaurants in 10 cities including Berlin, Munich and Duesseldorf for the study, called the results "alarming."

"If someone wants to go for a beer in the evening they have to look for a long time until they find a place where they are not forced to passive-smoke," said the DKFZ, Germany's largest biomedical research centre.


Smoking has been banned in German bars and restaurants since July 2008, but there are widespread exceptions allowing it in separate rooms and in pubs under a certain size. Rules also differ among Germany's 16 states.

Smoking causes many diseases and affects the overall health of smokers.
Advertisement
"The rules governing exceptions on protecting non-smokers are neither practical nor effective. In most states they can be said to have been a failure," the DKFZ said.

"Germany desperately needs a simple, comprehensive and blanket law ... as has already been implemented with success in many other countries in the European Union."

Every cigarette you smoke is causing irreversible damage to your body; slowly killing you from the inside. It also endangers those around you, your family and children.
Advertisement
<< Nearly 25 Million Americans Suffer From Asthma: Study
Azad Urges To Encourage Organ Donation Drive >>

With the repercussions of tobacco smoke looming large, and the promise of a healthy future sans tobacco, it is no surprise that there are teeming numbers who wish to quit the potentially lethal vice.
Advertisement
News A-Z
A B C D E F G H I J K L M N O P Q R S T U V W X Y Z
What's New on Medindia

Sanatogen Accident and Trauma Care How to Reduce School Bag Weight - Simple Tips Drug - Food Interactions Diaphragmatic Hernia A-Z Drug Brands in India Drug Side Effects Calculator Blood Pressure Calculator Noscaphene (Noscapine) Calculate Ideal Weight for Infants
This site uses cookies to deliver our services. By using our site, you acknowledge that you have read and understand our Cookie Policy, Privacy Policy, and our Terms of Use