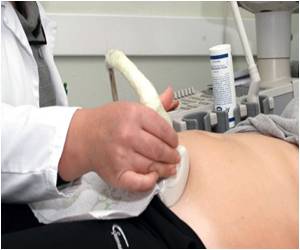 The study comes as a Republican senatorial candidate triggered a firestorm of criticism after he suggested that "legitimate rape" rarely causes pregnancy.

Explaining his complete opposition to abortion, even in the instance of rape, Representative Todd Akin said pregnancy from rape was rare because of biological reactions to "legitimate rape."


"First of all, from what I understand from doctors, (pregnancy from rape) is really rare," Akin said in an interview widely distributed by Democrats.

If you are trying to find out whether you have conceived this time around, you can ask other people, worry in silence or take this quiz on early signs and symptoms of pregnancy.
Advertisement
"If it's a legitimate rape, the female body has ways to try to shut that whole thing down."

A previous study found that five percent of rape incidents result in a pregnancy among women of reproductive age and estimated that rape causes more than 32,000 pregnancies in the United States every year.

Monday's study by the Guttmacher Institute, a non-profit concerned with reproductive health and abortion rights, said poverty, relationship problems and disruptive events such as losing a job led women to terminate pregnancies.

The study aimed to help understand why poor women are far more likely to terminate a pregnancy than their more affluent counterparts.

Seven percent of the women surveyed by Guttmacher after seeking an abortion reported that they had been physically or sexually abused by the man with whom they became pregnant. National surveys have found that slightly more than one percent of US women report abuse at the hands of their partners.

Poor women, meanwhile, were twice as likely to say they had been physically or sexually abused by the man who impregnated them than abortion-seekers with higher incomes (9.3 percent versus 4.4 percent.)

The researchers cautioned that these numbers should be considered a "conservative" measure of the degree of abuse because women often don't acknowledge that they've been forced into a sexual act or physically hurt by their partners.

Nearly 9,500 women completed an anonymous, four-page questionnaire distributed by the staff of 95 facilities providing abortions in 2008.

Some 20 percent of respondents -- and 25 percent of poor women -- said they had been unemployed for at least a month and 14 percent said they'd fallen behind on their rent or mortgage.

Ten percent of respondents said they'd had a baby in the past 12 months and that number rose to 14 percent among women living below the poverty line.

About half of the abortion patients were using contraception in the month they got pregnant, but poor women were less likely to have used birth control than those who were better-off.

"Most women accessing abortion services in the USA had dealt with at least one disruptive event in the 12 months preceding the abortion," the study concluded.

The study was published in the Journal of Family Planning and Reproductive Health Care.

Women's groups in Spain have revealed that they will be protesting against the Spanish government's decision to tighten abortion laws.
Advertisement
<< Drink Made from Berry Wine may Provide Drugs for Diabetes, ...
Scientists Find Evidence That New Capsules Help in Gum Dise... >>

Find a Doctor Pregnancy Confirmation Calculator How to Reduce School Bag Weight - Simple Tips Sanatogen A-Z Drug Brands in India Iron Intake Calculator Post-Nasal Drip Accident and Trauma Care Blood Donation - Recipients Loram (2 mg) (Lorazepam)
This site uses cookies to deliver our services. By using our site, you acknowledge that you have read and understand our Cookie Policy, Privacy Policy, and our Terms of Use