Drink Made from Berry Wine may Provide Drugs for Diabetes, Cancer 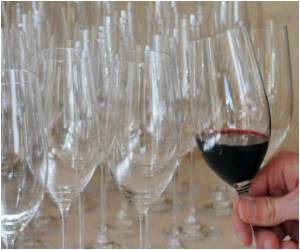 Drink made from blueberry and blackberry wines may provide a tasty way to help people with diabetes and cancer, say researchers.

"We're thinking about a dealcoholized fermented fruit beverage that would optimize the inhibition of the alpha-amylase and alpha-glucosidase enzymes and also make use of the wines' other healthful bioactive components," said Elvira de Mejia, a U of I professor of food chemistry and food toxicology.

Although acai berry is a nutritious food, it is the hype that is wrongly making it a magic fruit.
Advertisement

As the EU tightens rules on winemaking to rival organic bottles from the New World, organic wines produced in Europe will be able to be sold under a certified label this year.
Advertisement
The study is the first to assess the effect of berry fermentation at different temperatures on these carb-inhibiting enzymes. At both room and cold (4 degree C) temperatures, berry wine retained the ability to degrade the enzymes, she said.

In a second study, Johnson quantified the antioxidant, polyphenol, and anthocyanin content of blueberry and blackberry wines. Her proposed blend contains an abundance of these bioactive compounds, which add to its healthful properties.

The researchers are particularly interested in the ability of anthocyanins to reduce inflammation, which contributes to the development of many chronic illnesses, including cancer, metabolic disease, and cardiovascular disease. To that end, they are experimenting with the berries' effects on inflammatory cells, and they have found that anthocyanins reduce markers associated with the inflammatory response.

"Preliminary studies have indicated that anthocyanins may have a positive effect on cognition and overall brain health while protecting against some of the effects of aging, such as Alzheimer's disease and memory loss. These berries have some very intriguing components," de Mejia said.

A food chemist, de Mejia would like to remove the alcohol from the wines, leaving the carb-degrading enzyme compounds, the inflammation-fighting anthocyanins, and other beneficial bioactive components in a functional and flavourful drink for diabetics and others.

The bioactive ingredients could also be added to any prepared beverage to give it colour, flavour, and nutritional punch, making them useful to the food industry, she said.

Cancer, is the second most leading cause of death worldwide. Cancer is not just one disease but many diseases. There are more than 100 different types of cancer. Take this quiz on and test how much you know about cancer.
Advertisement
<< Apple Most Valuable Company in Market History
Report Says Abortion Seekers 'Seven Times' More Likely to b... >>