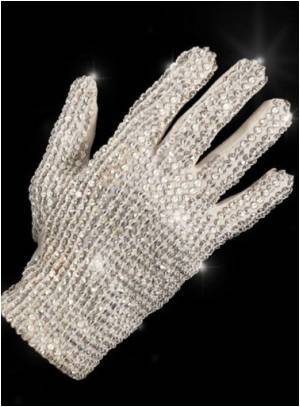 The auction house that is putting Michael Jackson's memorabilia under the hammer in Macau has dismissed accusations that the sale goes against the singer's wishes, a report said Sunday.

More than 100 items once used by Jackson -- including a pair of crystal-studded gloves and a set of Jackson 5 jumpsuits -- will go on a sale by US-based Julien's Auctions in the glitzy gambling haven of Macau in October 9.

But in an interview with British tabloid Daily Star in August, Jackson's former lawyer, Brian Oxman, said the late star had tried to stop the auction, and the sale in Macau would be tantamount to selling off his children's estate.


"This is an outrage. Back in May of 2009 there was to be an auction. Michael demanded it was stopped. He never wanted this material to be auctioned," Oxman was quoted as saying to the tabloid.
Advertisement
"He would be furious. He would be turning in his grave. This was to be his legacy to his children, and the legacy of his children is being sold off," he said in the report.

In response, Darren Julien, president and chief executive of Julien's Auctions, told the South China Morning Post that Oxman was "only seeking publicity" in levelling accusations against the auction house.

"None of the items are consigned to us by the estate of Michael Jackson. The items come to us from some of Michael Jackson's family members and friends who he gave them to when he was alive," Julien told the Hong Kong English daily.

"We would never and have never done anything that would hurt them [the Jacksons] or that they would not be supportive of. Brian Oxman on the other hand is only concerned for himself," he told the Post.

Jackson last year authorised Julien's to hold a sale of more than 1,300 items taken from his sprawling Neverland Ranch in California, which the singer left and never returned to following his acquittal on child abuse charges in 2005.

But the auction was scrapped after a settlement had been reached between Julien's and Jackson's lawyers shortly before the 50-year-old eccentric pop star passed away in June last year.

The auction house said at the time that they believed the sentimental reaction of Jackson's fans following news of the dispersal of the Neverland collection had made the singer think twice about going ahead with the sale.