New study identifies the important cleaning function of mucus, and on how tethered mucus damages the lung which may pave the way for developing new therapeutic treatments to prevent both acute and chronic lung diseases.

As a cold ends, a severe mucus cough starts. Sound familiar? Two studies now give explanations: First, crucial mechanisms of the mucus in both diseased and healthy airways; second, what happens in such chronic lung diseases as cystic fibrosis and chronic obstructive pulmonary disease (COPD).

"This is new knowledge, but there are no instant cures to be found yet. But to make progress, it's important to understand how the mucus clearance works," says Gunnar C. Hansson, Professor of Medical Biochemistry at Sahlgrenska Academy, University of Gothenburg.


‘New study sheds light on how the normal lung is kept clean by long mucus bundles formed in glands are moved along the airways, thereby sweeping and cleaning the surface. The findings of this study may pave the way for developing new ways of treating both acute and chronic lung diseases.’
Read More..


The studies, published in European Respiratory Journal and Journal of Clinical Investigation Insight, describe how the normal lung is kept clean by long mucus bundles formed in glands are moved along the airways and thus "sweeping" and cleaning the surface.

When particles or irritant substances are inhaled, they temporarily bring the mucus bundles to a halt. Meanwhile, the cilia collect the debris onto the bundles, and these are then efficiently cleared out of the lungs when the bundles start moving again.

In a lung infection or chronic lung disease, the lung mucus is transformed into a virtually immobile mucus layer against which the cilia are powerless. This layer keeps bacteria away from the epithelial cells and thereby protecting it.

Toward the end of a cold, the mucus layer needs to be coughed up, which explains why a cold ends with mucus coughing. But in certain types of chronic lung disease, such as cystic fibrosis or COPD, the mucus remains on the airway surface. There, although the mucus layer essentially has a protective role, it accumulates bacteria that will slowly damage the lungs.

The latest studies also show that, in composition and function, the immobile mucus layer strikingly resembles the protective mucus layer in the large intestine. This too has been discovered and described by the Mucin Biology Group under Gunnar C. Hansson's leadership.

In the large intestine and lung alike, these mucus layers keep bacteria at bay minimizing contact with the body. The difference is that in the lung, the mucus tethering is transient and the mucus is cleared away once the infection is under control.

One way of impeding the formation of a tethered mucus layer in chronic lung disease is to use a common medication, an inhalation spray (Atrovent), to keep the mucus bundles moving.

"Our observations explain some of the beneficial effects of this inhaled drug in the treatment of COPD," says Anna Ermund, a researcher in the Group and first author of the article in European Respiratory Journal.

The scientists behind the studies believe that their findings on the important cleaning function of mucus, and on how tethered mucus damages the lung, will pave the way for new ways of treating both acute and chronic lung diseases.

Chronic Lung Disease (COPD) Outcomes can be Improved by Altering Heart Function
Modifying heart dysfunction may be benefit in the treatment of COPD patients.
READ MORE 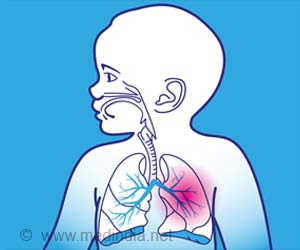 Bronchopulmonary Dysplasia or Respiratory insufficiency
Bronchopulmonary dysplasia or chronic lung disease of infancy is seen in premature and low birth weight infants. It results from lung and airway damage caused by prolonged oxygen therapy and ventilator support in these babies.
READ MORE