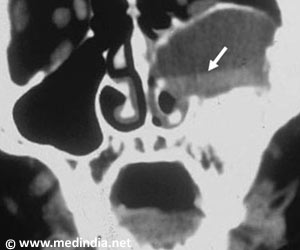 Researchers from the University of Michigan School of Dentistry and the Michigan Center for Oral Health Research partnered with Ann Arbor-based Aastrom Biosciences Inc. in the clinical trial, which involved 24 patients who required jawbone reconstruction after tooth removal.


"In patients with jawbone deficiencies who also have missing teeth, it is very difficult to replace the missing teeth so that they look and function naturally," said Darnell Kaigler, principal investigator and assistant professor at the U-M School of Dentistry.

Stem Cell Injections to Regenerate Bones on the Anvil

For medical scientists, bone and joint problems are particularly challenging because bone cells sometimes don't heal themselves very well.
Advertisement
"This technology and approach could potentially be used to restore areas of bone loss so that missing teeth can be replaced with dental implants," Kaigler noted.

William Giannobile, director of the Michigan Center for Oral Health Research and chair of the U-M Department of Periodontics and Oral Medicine, is co-principal investigator on the project.

The treatment is best suited for large defects such as those resulting from trauma, diseases or birth defects, Kaigler said. These defects are very complex because they involve several different tissue types-bone, skin, gum tissue-and are very challenging to treat.

The main advantage to the stem cell therapy is that it uses the patient's own cells to regenerate tissues, rather than introducing man-made, foreign materials, Kaigler said.

In addition, the experimental group needed less secondary bone grafting when getting their implants.

The cells used for the therapy were originally extracted from bone marrow taken from the patient's hip. The bone marrow was processed using Aastrom's proprietary system, which allows many different cells to grow, including stem cells. These stem cells were then placed in different areas of the mouth and jaw.

Stem cell therapies are still probably 5-10 years away from being used regularly to treat oral and facial injuries and defects, Kaigler said. The next step is to perform more clinical trials that involve larger craniofacial defects in a larger number of patients.

The study was published this month in the journal Cell Transplantation.

Drug recipe to keep elderly active and functioning in their homes and workplaces, and curing younger people injured in catastrophic accidents, may include `noodle gels`.
Advertisement
<< Hong Kong Parents Engage in a Combat Against China 'Brainwas...
Nation's Priciest 'British Chic Mansions' Under Construction... >>