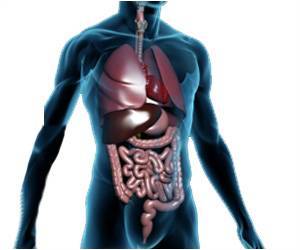 Drug recipe to keep elderly active and functioning in their homes and workplaces, and curing younger people injured in catastrophic accidents, may include `noodle gels` and other lab-made invisible filaments resembling uncooked spaghetti with nanoscale dimensions, a scientist stated at the 243rd National Meeting & Exposition of the American Chemical Society (ACS). The world's largest scientific society, ACS is meeting here this week with reports on more than 11,000 reports on new advances in science on its schedule.

Samuel I. Stupp, Ph.D., who presented an ACS plenary lecture, explained that the synthetic pasta-like objects actually are major chemistry advances for regenerative medicine that his research team has accomplished. Regenerative medicine is an emerging field that combines chemistry, biology and engineering. It focuses on the regeneration of tissues and organs for the human body, to repair or replace those damaged through illness, injury, aging or birth defects. Those tissues range from cartilage in joints damaged by arthritis to heart muscle scarred by a heart attack and nerves severed in auto accidents.

"A graying of the population is underway in industrialized countries," Stupp said. "In the U.S., we have the 'baby boom' generation  75 million people born between 1946 and 1964, who now are reaching their mid-60s. At the same time, people are living longer  into their 80s, 90s and even 100s. With that comes an expectation of a better quality of life. It's also an economic issue because with lifespan rising, we're going to have to think about how to provide healthcare and keep people functional for longer periods of time, perhaps to keep them in the workforce longer."


Stupp explained that advances in regenerative medicine also hold promise to improve people's lives at any age. For example, a young person could survive a car accident, but emerge with a spinal cord injury and be paralyzed. Also, cardiovascular disease and heart attacks are a leading cause of premature death around the world. Cartilage wears away and does not regenerate on its own in the body, leading to painful osteoarthritis. Some bones do not mend correctly. And the millions of people with diabetes face complications, including blocked blood vessels that result in an increased risk of heart attacks and limb amputations. Regenerative medical techniques could coax cells to grow and repair all of these types of damage, said Stupp, who is with Northwestern University. He is Board of Trustees Professor of Chemistry, Materials Science and Engineering, and Medicine and director of the Institute for BioNanotechnology in Medicine.
Advertisement
One type of spaghetti-like filament developed by Stupp's team is a nanostructure of small bits of protein that glue themselves together spontaneously. These nanofilaments are so small that more than 50,000 would fit across the width of a human hair, and they can serve as smart scaffolds for many uses. For example, Stupp attached to these fibers signaling substances that mimic a powerful substance called VEGF that can promote the formation of new blood vessels. The VEGF-mimic caused new blood vessels to form in mice (stand-ins for humans) with blood vessel damage.

"When VEGF itself was used in clinical trials on humans, it didn't work, despite a lot of laboratory research that suggested otherwise," said Stupp. "The problem was that VEGF was quickly broken down in the body. The nanofilament scaffold, however, lasts in the body for weeks, which allows the VEGF-mimic more time to grow vessels." Eventually, the nanofilaments break down and disappear, leaving only the new blood vessels behind.

In other research, his group developed so-called "noodle gels," which are nanofibers that form long, noodle-like gels when they are heated, cooled and then squeezed out from a pipette (much like frosting from a piping bag) into salty water. These gels can be more than half an inch long and are visible with the naked eye.

These noodle gels are a potential solution to a long-standing problem in regenerative medicine. It involves delivering proteins, biological signals and stem cells in a specific direction to target precisely the damaged parts of the heart, brain, spinal cord or other organs. Noodle gels can align stem cells in the linear fashion needed for proper repair of damaged tissue. Those strings could also serve as "spaghetti highways" to guide cells in our bodies to a specific location where repair is needed. Alternatively, the noodle gels containing aligned filaments could deliver signaling proteins and other beneficial substances to diseased locales.

Many of Stupp's innovations are in the preclinical stage of testing by various companies, including his own company called Nanotope. These include materials for spinal cord, cartilage, blood vessel and bone regeneration. He predicts that some of these could be in clinical trials within the next five years. Eventually, the nanofibers and gels might someday allow doctors to simply "fix" damage that is currently impossible to treat, improving the quality of life for millions of people with devastating injuries and conditions.

Tissue Engineering and Regenerative Medicine
This new field is an amalgamation of biology, medicine and engineering, and is believed to have ......