Hong Kong Parents Engage in a Combat Against China 'Brainwashing' 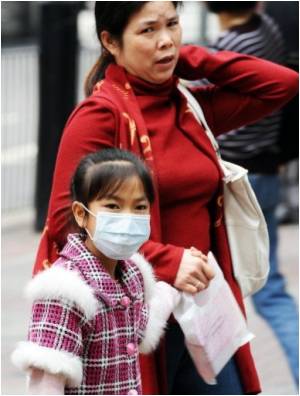 Up to 90,000 people, led by stroller-pushing parents and banner-waving children, took to the streets of the semi-autonomous territory on Sunday to denounce "national education", as the subject is officially called.

The issue has been on the city government's agenda since it was handed over from Britain to China in 1997, but a new teaching booklet lauding the "China model" of development has infuriated educators and parents.


"It will poison our children's minds," said 34-year-old office clerk Gordon Chan as he marched with his wife and nine-month-old daughter.

"This is putting politics before education."

Pretty woman Xu, in her 30s, warily strolled into a Beijing singles club in an attempt to get rid of her status as one of China's 'Unwanted'.
Advertisement
Mercury Leung, a 21-year-old university student, said: "Students, especially those in primary schools, are like pieces of white paper. They absorb what is taught in schools.

"This subject is akin to painting the paper red."

Sunday's march was the third major demonstration in Hong Kong in the past two months, reflecting growing fears about the extent of Beijing's economic and political influence in the southern Chinese financial centre.

Like many others in Sunday's protest, Chan and Leung said they did not oppose the teaching of Chinese values in Hong Kong's schools, but were against the teaching of Communist Party propaganda.

Concerned parents and students have pointed out that the proposed curriculum fails to properly address upheavals in 20th-century Chinese history, such as the Tiananmen protests and the violent radicalism of the Cultural Revolution.

China's one-party rule is referred to as a "society-first" and "united" system, and is compared favourably to multi-party democracy as practised in the United States, which is described as inefficient and disruptive.

A section on multi-party politics comes with the headline: "When the parties struggle, there is disaster for the citizens."

The booklet is one small part of the national education curriculum, which was approved last year and will become compulsory for all primary and secondary students from 2016.

Students will attend the classes for one hour a week, but will not be required to sit exams on the subject.

"National education teaches our kids to lie," said Wong Kin, an irate father of three, at a recent public conference where teachers and parents vented their anger at the government's plans.

"There are already courses for Chinese history, Chinese culture and Chinese language, there's no need to teach national education."

In response to the protests, Chief Executive Leung Chun-ying promised another round of consultation with parents to reassure them that their children would not be subjected to Communist Party indoctrination.

"The government definitely does not have the intention to brainwash," he said Monday.

"Schools, teachers and educational bodies will have a lot of space, using professional attitudes and using open methods, to teach this subject."

His comments contrast with those of Jiang Yudui, of the pro-Beijing China Civic Education Promotion Association in Hong Kong, who fuelled critics' suspicions when he said brainwashing was justified.

"What the Hong Kong people are worried about is that rather than education, students are receiving indoctrination," he said.

Hong Kong's openness was the best defence against mainland propaganda, he added.

"The chance of being indoctrinated will be balanced by an open society," he said.