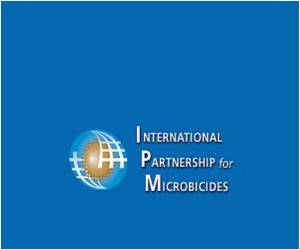 A non-profit that develops drugs against HIV/AIDS said Tuesday it is launching the first study in Africa of a groundbreaking device to fight AIDS: a vaginal ring with a difference.

Where most vaginal rings deliver contraceptive hormones, the one developed by the International Partnership for Microbicides (IPM) discreetly releases antiretrovirals to women who use it.

IPM will launch double-blind randomized, placebo-controlled studies of the ring containing 25 milligrams of the new antiretroviral drug dapivirine at research centers in southern and eastern Africa, where the AIDS epidemic is hitting hardest.


Recent data released by the World Health Organization (WHO) show HIV/AIDS is the leading cause of death globally in women 15 to 44 years old.

In Africa, HIV/AIDS is the single most important cause of disease for a wider range of women, aged 15-59.

Statistics tell us that the world HIV+ population has risen drastically from 8 million in 1990 to a whopping 33 million in 2007! Even more alarming is the fact that young people (below the age of 25) account for half of these infections! This is adequate proof for the lack of awareness among the general public even in these modern times. So take our quiz and brush up on the essential facts of HIV/

For the trials of IPM's vaginal ring, some 280 healthy, sexually-active, HIV-negative women will be given either the dapivirine ring or a placebo ring, which they will have to replace every month during the three-month study.

They will also be given condoms and counseling on how to prevent AIDS.

The studies will measure the acceptability of the vaginal ring and whether the women can and will correctly use the once-monthly product.

"You have to make sure that a product is acceptable before you test its efficacy, because if people don't like the product, what's the point?" Pamela Norick, a spokeswoman for IPM, told AFP at the Women Deliver health conference in Washington.

Women are already being enrolled for several studies of the ring in South Africa, and IPM has "been working in many other countries in eastern and southern Africa where we are waiting for regulatory approval before we begin studies there," Zeda Rosenberg, CEO of IPM, told AFP.

Dapivirine is in the same class of antiretrovirals as those which have been successfully used to reduce mother-to-child HIV transmission.

The anti-HIV ring borrows from the concept of vaginal rings which are used in developed countries to release contraceptive or therapeutic hormones into a woman's system.

"Vaginal rings have tremendous promise because they could offer discreet, effective and sustained protection against HIV infection," IPM said in a statement.

After the safety and acceptability tests, antiretroviral vaginal rings will go to Phase III trials for efficacy. They could come to market by 2015, Rosenberg told AFP.

AIDS has taken on massive proportions in modern times. It is estimated that over 15 million people are ...
This site uses cookies to deliver our services.By using our site, you acknowledge that you have read and understand our Cookie Policy, Privacy Policy, and our Terms of Use  Ok, Got it. Close
X